Fear: I guess I'm out of fear right now. I've been blessed with some peace and grace this new year. Things will be what they will be. My job is just to do my best.

Inspirational Person(People) of the Day: 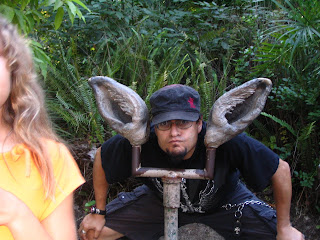 I first met TheManInBlack in 2006, during a local theater production of Guys and Dolls. I was in the cast, and he was in the crew. Being a crew for a community theater production is a thankless job, and at the time, he scared the daylights out of me and I wanted nothing to do with him. But I later learned that the tough demeanor is really just a defense mechanism. Afterall, you can keep most people at bay with it, and only flash a smile to those you want in your life. (At least that's my theory. He swears it's just a hard rock style. Since I'm not a fashionista- what do I know!) Anyway, spending time with him and his family has given me an tiny peek at a different way of family life. The cultural difference between the way families work is always facinating and heartwarming to see. It's also let me see just how tough being a single parent can be - especially of three kids! All from his previous marriage, and all pretty well adjusted nearly-teenagers now (though the oldest will be 16 later this month).

I've admired the way he usually finds an equitably solution when issues arise, and isn't afraid to be a "parent", rather than a "friend". That doesn't necessarily mean a disciplinarian 24/7. It means listening with an open heart, understand, and retaining that authority necessary to guide impressionable minds into a place where they can truly consider their actions (and the consquences of them). 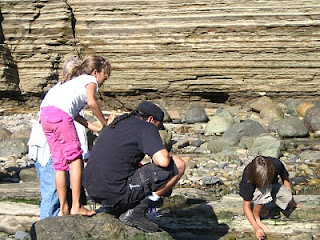 I also admire how he's tied with almost visible heart strings to his kids. No woman could ever hope to have a bond as strong - but then again, parents and children are a dynamic that I can only relate to from my limited, unmarried with a furkid, perspective. I have the upmost respect for single parents now - perhaps a deeper one than ever before. I understand that they are on the most difficult road possible - but also one that has room for lots of rewards as well. 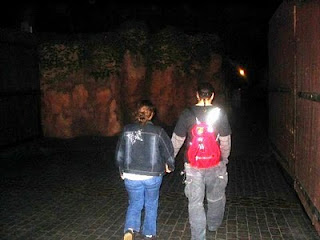 I've been able to bear witness to many touching moments between the gang all together, and I know they will all plunge into the future as a strong family.