I haven't spent much time writing about my pregnancy. My paper pregnancy that is. 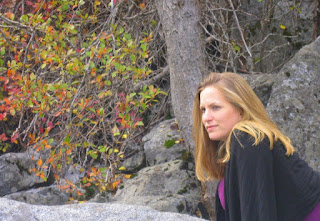 Like any expectant parent, I can sheepishly admit to having bought a parenting book (it was nearly completely hog-wash, for the record, and shall go un-named on this blog as it isn't worth a recommendation much less acknowledgement), and visited multiple blogs and photolisting websites. Some are for advice. Some are for stories and inspiration. Some are just to help keep me motivated along the process, as it's so easy to feel like we'll never 'get there'.  I even maintain a blog with letters to our future kiddoes chronicaling my journey, and theirs, and maybe even a hit of their father's journey through this wilderness as well.

One of the blogs I stumbled across is one that talks about Adoption issues in media - especially movies. It's made me think. (You can find the blog by clicking here - and reading one of my all time favorite entries. )

It definately makes me stop and think -

Being an adoptee, I am always just a tad more sensative to adoption related issues as they pop up in movies and things.  For example, I notice that there is usually a "villian" made out of either the adoptive mother or the biological parent. If you've watched Once Upon A Time on ABC lately, you know what I mean. In that scenerio, the biological mother couldn't care for her son, so she gave him up for adoption. Who adopted dear Henry? The real world equivilent of the Evil Queen from Snow White. Who is the Biological mother? Well, she's the reluctant hero of the series, eventually winning over her son as his adoptive mother's deeds go awry. Currently, the Evil Queen is trying to change into someone worthy of her son, and Henry (the aforementioned son) lives happily with his biological mother...

See what I mean? Someone is the "bad guy".

Another movie that moved me deeply is AI.  I felt that it was truly a great story about every adoptee's worst fear - being disposable. Somewhere inside, most adoptees (not matter the age) wonder, "Well, I was disposable for someone else, so what makes me think that these people won't just throw me away too?"

My adoption experience couldn't have been further from that, but still, it struck a chord. As an adult, I realize I was put exactly where I needed to be in life - and it all started by being claimed by the right people. As a child, I often felt lost and questioned my value exactly as the robot child did in AI, seeking some external, distant, imagined Blue Fairy to make me whole. As an adult adoptee, I have no doubt at all that my life is working out just as it was ment to. I realize that I didn't need to be made whole - because I was never broken. I didn't need to be 'found', because I was never truly lost.

Now, I'm NOT as overtly sensative as some. For example, much of adoption community was angered by a joke made in The Avengers last summer. Thor (a hero) mentions that Loki (the villain, and Thor's adopted brother) behaves badly because, "He's adopted." Honestly, I am guilty at smirking and perhaps even chuckling at that joke. Being adopted in my house has NEVER been an acceptable excuse for behaving badly or treating others poorly, so it struck me as someone saying, "She's different. She's just... her." I didn't take it as a personal afront to all adoptees everywhere.

Why was my adoption so different? I think it's because our parents claimed us. When we were introduced to people, it wasn't "These are our adopted kids!" It was, "These are our kids." And that's where the sentence ended. We addressed that we were adopted- sure! It wasn't a secret. But it wasn't what defined us as a family either. We were kids of parents who desperately wanted kids. That's no different, in my book, than kids concienved using some of science's most cutting edge technologies.

ALL that said, the process is long and challening - extra long and challening in our case since My Sailor will be spending most of this year in and our of the Nautilus while out Finding Nemo. Many things I just can't do without him - not because I don't want to proceed, but because, well, just like with bio kids, it takes two. Next on the list is completing our 90 pages of autobiography (EACH) and our homestudy (including coming up with the $1500 to complete it). Then come an onslaught of home visits and interviews with our agency worker/social worker. Once we get a completed homestudy, we have some big decisions to make (like where exactly are we going to come up with the money to cover the fees which can range from $300 more than we've already paid, to $25,000 more? Loan maybe?), how we're going to handle going from 2 adults, 2 dogs, and a roommate to 2 adults, 2 dogs, and 1-2 kiddoes. 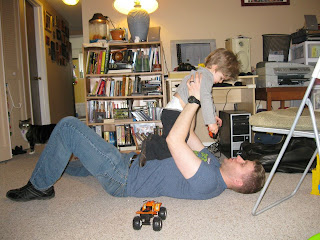 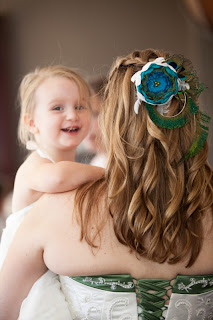 Of course, I worry about the stuff that can't even be measured right now. Like, "how will I help jr. with his/her dad going away with almost no contact for months at a time?" Then again, my mom handled it as my dad traveled for business for large chunks of my childhood.

And the age old... "Am I ready to be a single mom?" That one gives me a moment's pause. I mean, I like our life as a couple, and there are moments where I think, "Yeah, it could just be the 2 of us forever and I'd be okay with that. And if I magically turn up preggers, we'll roll with that too. But if it never happens, eh, that's okay too."

Then I think about it a bit more and I ask myself, "Is this an experience I would look back in 10 years and regret not having?" There isn't even a second's pause before my heart screams "YES!" So I know we're headed in the right direction.

Being patient with all the factors I have zero control of is what makes me hesitant though. For example, I would really LOVE to take our little family to Disney World between Thanksgiving and Christmas to celebrate our first holiday season together. BUT right now, the only person I'm able to book that for is the one behind the keyboard - and since I'm no longer a family of one - that means waiting to make dreams come true.

Operating on faith that our family is out there, somewhere, and will look just like it's supposed to can be a tough thing to balance when I'm also balancing that My Sailor is out there somewhere keeping us all safe.

I can't wait for My Sailor's next leave though! Vacation... just the 2 of us...might be just what the doctor ordered.
Posted by -J.D. Humenay at 1:12 PM