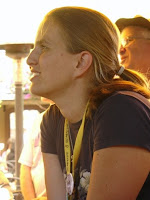 Since I've moved to the North, I've noticed that I'm not only adapting, but I'm enjoying life out here for the most part. It's BEAUTIFUL, green, and cool! But I still haven't mastered this sleep thing.

For example, all week long I've been needing to take naps, because the 6-7 hrs I'm getting at night isn't enough. But these aren't the quick 15 minute power naps. I could literally sleep for a couple hours. In fact, 10 hours would be great for me. Today, I slept a restless 5-6 hrs last night, and then another 4 this morning! 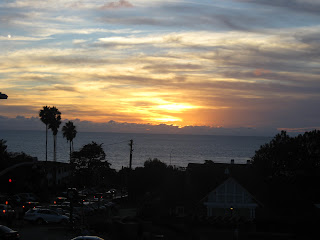 I'm starting to think I'm fighting off a bug, but it's just hard to sleep when it doesn't get dark until after 10pm - which is about half an hour before bedtime! I'm used to Southern California summers, where sunset is no later than 9:30 most of the time.

I've added in daily working out, which is definitely helping the whole adjusting thing. Clydas walks with me nearly every day, and we've both lost fat! Which is great - though the scale hasn't reflected much of a change lately which is another argument for "fighting off a bug". But I know my body is changing. It's most obvious in my swimwear, but yesterday I was able to comfortably wear a favorite top that had gotten too tight a few months back, and I was able to wear a hoodie today that used to be too tight in the upper arms! Now, they are both comfortable additions to my wardrobe! I still need new running shoes BADLY, but I just hit payday and the trip to Michigan has been put off until September, so I'm going to grab a pair.


I'm pretty excited to report that September will be my LAST PAYMENT on The T! (The T is a 2006 Pontiac Torrent, which is been an AWESOME CAR! Not a single major problem in over 110k miles!) I'm so excited to be one step closer of being out of debt. With an extra $476 to put on a few credit cards, there is a very good chance My Sailor and I will be out of our debts by the time we get to honeymoon next year!


But back to current day -

Clydas and I are flying solo tonight, so I'm looking forward to working out tonight and following it up with some great jacuzzi time with a good book.
Posted by -J.D. Humenay at 4:41 PM