The Uncommonly Lucky Girl, Her Bandwagoners, And A Word About Change 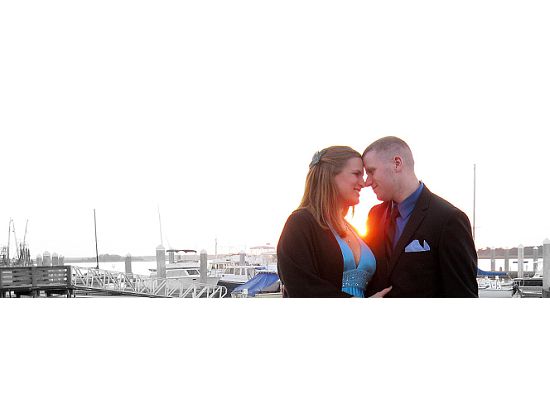 I'm uncommonly lucky.  While I've never won the lottery, nor most of the organized contests I've entered - I have the best luck on the planet when it counts.

I started this lucky streak before I was even born.
A brief recap - by most standards today, I shouldn't  have been born. My biological mother was a scared 15 year old girl, who claimed she was raped. (Hey - she was scared, 15, and hanging around with an older boy who wasn't her boyfriend - I 'get' it.) Getting little to no prenatal care, I was born, but not kicking and screaming. I was limp and blue.

And, lucky for me, back then they didn't label wards of the state like they do today. If they had, the circumstances of my birth would have certainly labeled me as "high risk for developmental delays" and who knows where I would have ended up!

But - I was adopted by my parents (who had already adopted a little boy - my older brother). I won the parent lottery with these people. No matter what I did, no matter what my brother and I threw at them, they came prepared with their parental catcher's mitt.  They exposed me to the world of theater, Disney, Sci-fi, horseback riding, international travel, dance, music of all kinds. Thanks to my mom, I learned dedication. Thanks to my dad, I learned about calculated risk taking. And that's just to name a few things... And despite our significant differences, my brother is always the big guy I can turn to when the chips are really down. He shines in tough situations and truly has a heart of gold. Whoever sweeps him up will be lucky to have him as a partner.

As I'm reminded while we stumble through our own adoption adventure, so many foster/wards-of-the-state kids never get this lucky ...I've said it before and I'll say it again, "Blood may be thicker than water, but love is the strongest bond of all." 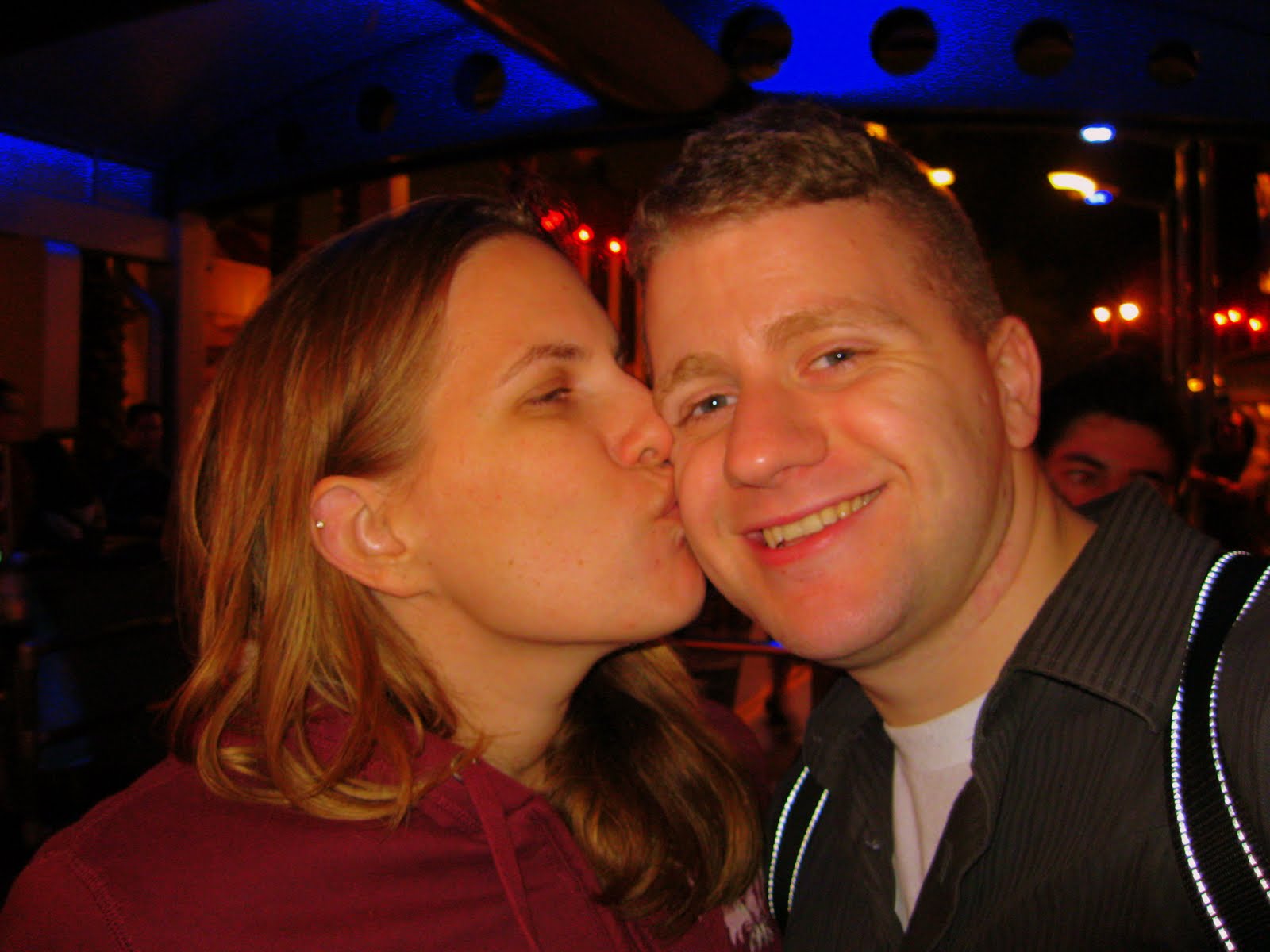 Saying I've been lucky in love is a true no-brainer. My Sailor has never lost faith in me. Not when I married someone else (and that fell apart - one of the best learning experiences of my life). Not when I was in California and he was in Michigan and we hadn't even met face to face. Not when I was working full time and in theater, which meant often too busy to spend time with him. Not when I gave up theater. Not even when he saw my path turn to a completely different, yet completely natural direction (into the fitness/lifting/coaching aspect). At every turn, he's choosen to believe in me. That's no small feat and something I don't take for granted.

Since getting into the fitness world deeper and deeper, most of my friendships have been affirmed, rather than the other way around. Yes, a few have fallen away, but I'm amazed at how many people are not only completely openly accepting (and even excited) to watch this turn my life has taken as a professional and an athlete. A majority of friends previously came from the fitness arena. Most think "Snatch" is a dirty word, not a lifting term. (Yes, I'm aware it's both, but you can bet I'm referring to the lift whenever it comes out of my mouth.) I'm really lucky because TheNurse is my bandwagoner for my upcoming competition. 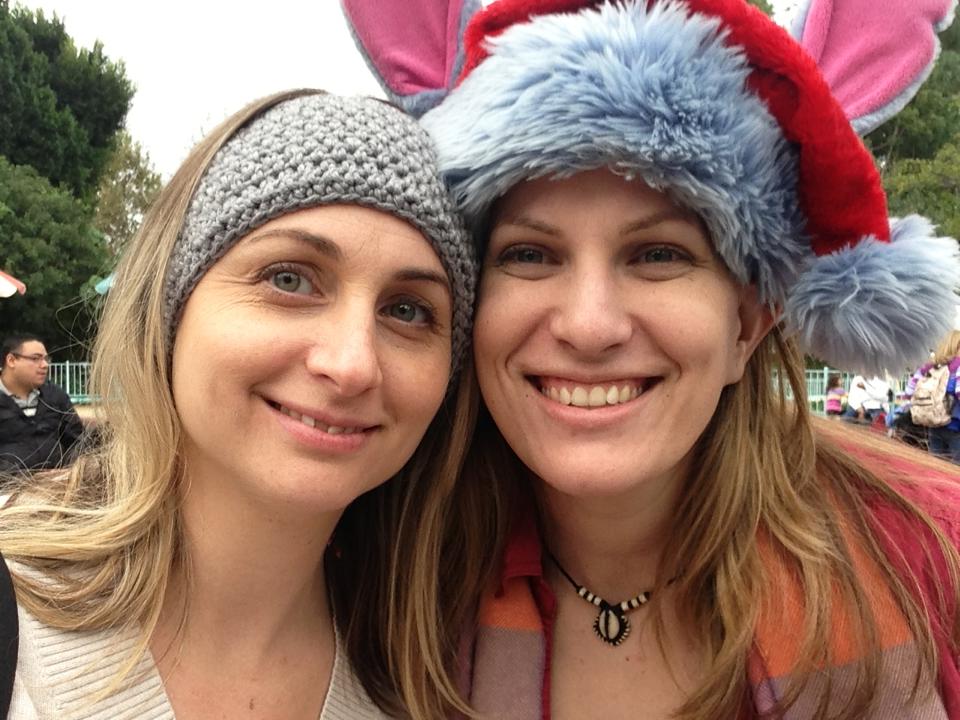 I first met TheNurse before she was a nurse. She was the receptionist at an office where we both worked. Eventually, life changed for her and she moved away and went to nursing school. Succeeding in one of the toughest arenas there is in medicine (post-operative critical cardiac care), she's one of the brightest gals I've ever met. In fact, for a while I was pretty sure she was the daughter my mom was meant to have. (I'm breaking the family legacy of women going into medicine - specifically nursing.)

Though we bonded through difficult circumstances, we continue to meet up about once a year... and usually in Disneyland.

This year, I'm headed to Florida (more specifically - Disney World) for the Expedition Everest Challenge race. It's my first RunDisney event, and I'm hoping to PR during it. I was also planning on flying solo to Florida to the event. I'm no stranger to traveling on my own (as the airport WOD proves) so it's not too crazy to think I'd enjoy a weekend of down time in Disney World while My Sailor is out Finding Nemo on his submarine.   But I figured it would be a great chance for a girl's trip too. So I called a few gals and most couldn't go. No big deal. TheNurse could though! YES! So now our Disney trip for the year is more than covered!

Sure, this trip will be a blast. There will be drinks to be had, fun to be had, early mornings, late nights, and probably a bit too much money spent. But there will also be a couple of trips to the gym.  I have a competition coming up shortly after the Everest Challenge, and I really can't (and honestly, don't want to) take a week break from my training.

This is where I'm lucky again. TheNurse used to be a part time trainer herself and has a degree in Kineseology. (Remember when I said she was bright? I wasn't kidding!) She has a great natural understanding of movement and has a childhood athletic background to tap into. When I broke the news to her that I'd be renting a car so I could get to a gym with a Oly Bar (Translation: Olympic Lifting Bar), she didn't bat an eye. In fact, she's excited to work out with me!  Now, I'm just as excited about planning our Partner WODs as I am about planning our dining reservations.

It's clear that she was meant to be my travel companion on this adventure.

Usually, my Disney World plans would center around when I can get my first Dole Whip...

Now? I'm Googeling gym locations and planning on hitting up a grocery store so I can stay stocked on the fuel I need during my stay. (Fun is so much more, well, fun, when you feel good!)

I still plan on having a Dole Whip...but I'll be sharing it.

These are not tiny lifestyle changes (though they started that way, creeping in one by one and integrating themselves into my every day life). It can be scary to know if there will be support for them. But plowing ahead on faith that the support will be there when I need it has served me well. It's really helped solidify those deeper relationships -no matter the distance.

And... if I'm honest, I am looking forward to that post-race gathering I'm planning upon my return to Washington.  I've met some amazing people through the fitness world here in Washington. It's actually afforded me more friendships that have stuck around than theater. It's a unique community I'm happy to be part of.

Even though I spend a lot of time flying solo, all in all, I'm pretty darn lucky.
Posted by -J.D. Humenay at 2:52 PM