I finally made it, safe and sound, to my home town after a night in the San Fransisco International Airport.  Turns out my cousins were sick, so I ended up passing the time flying solo. I blasted out a relevant article for the Tabata Times (entitled "You CAN Take It With You..."), made up a quick WOD, which I did in the terminal at around 1am.

I had hoped it would tucker me out and force me to sleep, even though it was just a short one, but it didn't.  Suspecting that it would show up on youtube as a gag reel at some point, I made my own montage about it.


Make a video - it's fun, easy and free!
www.onetruemedia.com
But that's not really the exciting part.

After I got home and claimed a well earned Sublimely Self Righteous on tap (living near Stone Brewery has it's perks), I didn't last long before heading to bed. I was passing out by 8pm.

But I was up well before the alarm!

Rested and happy, I couldn't wait to get to the gym and hammer out my stuff, as well as help my friend Mud (a performance pal and previous roommate) get an introduction to some of my favorite lifts.  His goal was to get a Turkish Get Up.

Being that he was a dancer, he was a quick study, but he also had just finished rehabbing from a serious leg surgery, so it was a great experience for me in dealing with a recovering-yet-chomping-at-the-big athlete. Since he used to dance, he has good muscle memory and a good understanding of general body mechanics. Despite his injury and slow rehab, he has significant strength, so it's really just a matter of putting it to use tweaking and teaching forms. I made some alterations to my plan as I went along and generally felt pretty confident in working one on one with him. We spent 3 glorious hours and got a lot  done. He really wishes I could stick around so he could hire me 3xweek for 3 months to see how far he can get. I'm taking that as a good sign.


The best part was watching him have those light bulb moments when the movement clicked into place. Sometimes it's quick. Sometimes it was by degrees with a bit of coaching along the way. He did a really great job and I came out on Cloud Nine watching him reach heights he didn't know he was capable of. If this is what Trainer Guy gets to feel every day, well, I get it now.  What an incredibly rewarding profession. Where do I sign?!

But that isn't the only awesome that happened today -
I learned that My Sailor has been absolutely rocking his fitness as well - not an entirely easy feat in his circumstances. I wish I had pictures to share, but alas, there are no cameras 20,000 Leagues Under The Sea, but it's clearly going to be a little extra amazing to reunite.
It brings me a great deal of peace to know that My Sailor is 110% in the trenches with me, even though we haven't been able to have even a single conversation in months.  (Submarine life is not for the highly dependent personalities.)

Anyway, for all the 'emo-coaster' this trip has been, its been so rewarding to throw my special brand of crazy into the mix and see it benefit someone towards reaching their goals. 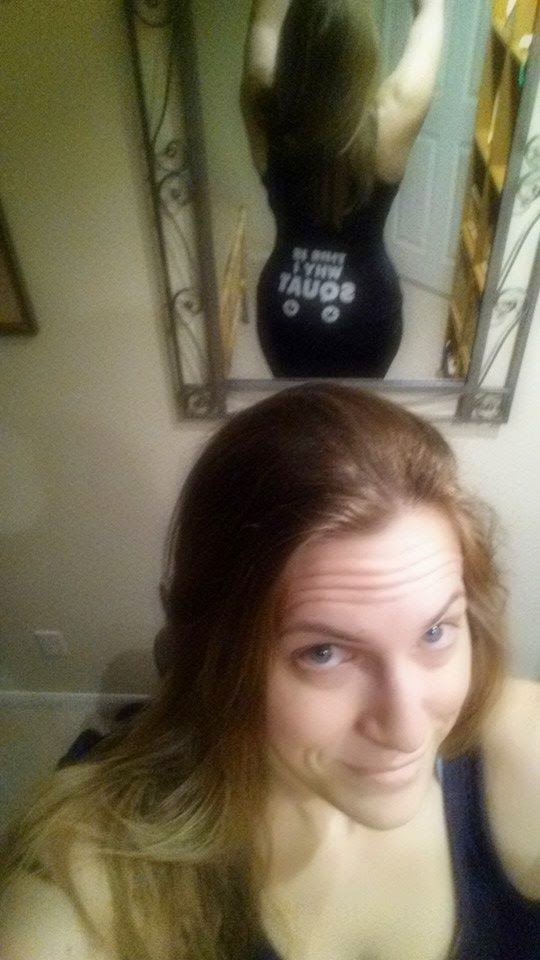 In fact, in about 6 hours, I'll be back at the gym seeing what he remembers and what other heights he can reach.

Oh - and as a side note on the 'awesome' scale - I finally got my hair cut. It's only been a year... One of the ways I save for training is by forgoing salons. I'm so grateful for my stylist friend down here for working me in and making the mane more manageable.

No matter how 'adventurous' my trip here was, at least as much awesome has happened to make up for it - and then some.