5 simple words that will change your life 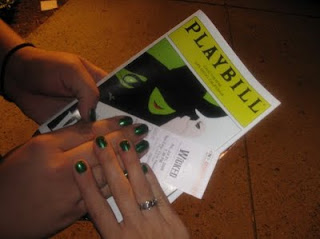 Last weekend, I got to see Wicked with my Sista' Girl. It was a GREAT experience. Wicked is one of those rare shows now-a-days that is worth every penny for orchestra seats. It actually, truly 100% lives up to all the hype. 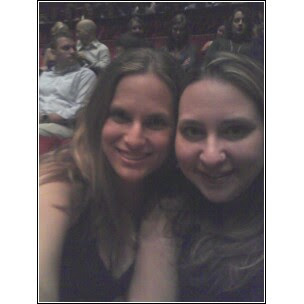 Anyway, as we sat there at intermission, I talked about how the main character (Elphaba) is my dream role. I can truly identify with the passion by which that character lives her life (both in the book and in this more family-friendly production) and, hey, I've been the green kid! Well, okay. Not exactly green, but I've been the kid that saw things a little differently (and was heavier and more creative and passionate than most) and was ridiculed and outcast for it.

After chatting about it for a while, she said the 5 words that have stuck in my mind from that moment on...

"What are you waiting for?"

It's a simple wisdom, but is absolutely right on. What am I waiting on? The only thing I can think of to answer sounds ridiculous - A partner. Towing the rope of paying all the bills, taking care of the everyday household stuff, AND trying to make it as a musical theater leading lady sounds incredibly daunting.

So, I'm waiting on support from some mythical person?

And, yes, it's a frightening change.

But as I started packing up dishes last night that I really don't need, I realized something.

Revelation of the week: The scary part isn't taking the action. It's admitting what you were waiting on - was you.

Afterall, courage isn't the absence of fear. It's pushing through even though you're scared.

So... what are you waiting on?