Very little of my life is 'traditional'. I grew up aiming for the stars, being the 'good kid', but I know deep down, I was ment to get married in a colored gown at a jazz club, with my husband wearing a Star Wars pin on his suit, enjoying a chocolate covered chocolate cake (it was seriously awesome - and not nearly as deathly rich as it sounds), substituting the ring exchange for a hand blessing, and without a single flower in sight.

So when I bring up the topic of "adoption", it doesn't really surprise anyone who's known me for about 20 minutes that it would be my 1st choice in building a family. When I mention that I'm 'open to any ethnicity', that sometimes surprises people.

Maybe it's because of the high profile case that just closed this past week and is plastered all over social media, but I've been quietly challenged on my views of race lately.
So it made me think about it...

Trainer Guy is proudly Scottish, accent and all. (Trust me, it makes me crack a smile every time he says "badassery". It doesn't quite have the same ring to it in my plain old 'Californianated' English.)  His skin tone isn't too far from my Hienz 57 muddled blood line but his culture has it's own charm, to be sure.

My cousin has 10 kids - 3 which are scientifically related to her, and 7 that aren't. 2 are chinese (as in directly adopted from China) and are working on speaking English. The others, while American, came in a variety of shades, from a variety of backgrounds. They all have 1 thing in common though. They are kids that need love - and found it.
﻿
For me, my parents were both 'caucasian'. My dad was largely German and Swedish in descent. My mother is Irish. Though born and raised in the US of A, she is still very much irish. From the red hair, to the sun-burn-in-bright-light-skin, to the firey personality, she's Irish through and through.

The only one of My Sailor's friend's able to attend our wedding was his friend playfully nicknamed The Korean (by his friends). He was adopted from Korea by an American family. His fun-loving energy is uncontainable. 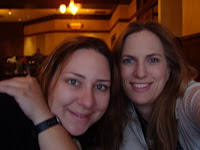 Sistah' Girl has been a friend of mine for years and, yes, our skin tones are similiar, but she's beautifully Italian. From her (sometimes) refined palette, to her passionate spirit and vocal personality, she's all Italian through and through.

My previous roommate in California was Latino, though he fought the stereotypes in every way possible as he forged ahead in the music industry. His work ethic was clear as he's now created a lucrative business as a DJ for himself.

My current roommate is Japanese American. Spending his early years growing up in Japan has given him firm roots in the Japanese culture, and has resulted in some great dishes making their way into our kitchen. Traditional Soba is pretty much a weekly staple. 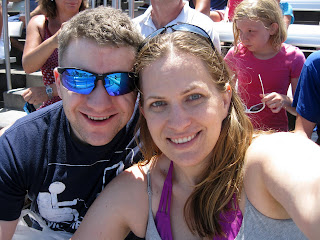 Believe it or not, I'm one of the American Genetic Minorities. So is My Sailor. Natural blond hair and blue eyes occur in about one in ten people in the US.  They are considered gene mutations.  I'm some bit French, some bit native californian, and many bits European. I know I also have some black cuture of some sort in my background - the scarring disorder I have is specific to Africans. I actually once met a Scottish folk singer who looked striking like me too.
Go Figure.

My Sailor is largely Czech, and of course, there is some French nobility in there somewhere.

So - all that said, do I believe in being 'color blind'?

Quite honestly, I did.

According to The Human Genome Project, "DNA studies do not indicate that separate classifiable subspecies (races) exist within modern humans. While different genes for physical traits such as skin and hair color can be identified between individuals, no consistent patterns of genes across the human genome exist to distinguish one race from another. There also is no genetic basis for divisions of human ethnicity."

I wanted to say, "It doesn't matter where your roots are. We're all human. We're all in need of food, shelter, kinship, water, etc."

And, yes, that's true, I realize that something else is true too.

While there may not be significant DNA evidence, DNA doesn't dictate culture. The roots we identify with are important.

So, yes, though I don't particularly care what colors our family turns out to be, I do look forward to exploring other cultures and making them a well rounded part of our lives.
Posted by -J.D. Humenay at 4:11 PM