Conversations in the Gym

Today's conversation in the gym that really left me thinking came mid-workout during my time.  It took  me a good 30-45 minutes to warm up today, so I pretty much took over the platform for far too long.  One of the familiar faces in the weight room and I got to talking near the end of my workout.

He identified me as "that Crossfit chick", which at once made me roll my eyes and laugh. (I am not a regular member at any specific box, but I frequent a few for different workouts from time to time.) He asked 'which' Crossfit Competition I was training for (not 'if' I was training for a Crossfit Competition).
I replied, "I'm not training for a Crossfit Competition. I mean, yeah, I have a Crossfit Coaching cert, but my sport of choice is Olympic Weight Lifting."
"Really?" his eyebrows shot up in surprise. "You mean like you Clean and..." he stumbled over the names of the lifts.
" Jerk and Snatch. Yup. That's me. I mean, I've done Strongman and Powerlifting too, but this is where my heart is. I'm hoping to make Nationals in 2015, well... more likely 2016. I still have about 110lbs to add my totals to get there, so 2016 is probably pretty realistic."
His eyebrows shot up. "Really? That's a long time to train."
"Yeah, but whatever gets me there, ya know? May take longer, but I'm in it for the long haul."
"Yeah? How long have you been training already?" he said with a skeptical smirk on his face. I can't blame him. Lot of people, especially near this time of year, throw around lofty goals like they are cheaply earned - especially in the gym. But he'd seen me work and do my own thing in there fairly frequently, so I had the chops to back it up.
"Let's see... it'll be about 2 years in January."
The doubt-filled smirk instantly gave way to a glimmer of excitement. "Really?!"
"Yeah, I started slow. I didn't really know what I wanted and the bar was heavy.  I've been specifically staring down Nationals for about 6 months or so."
"Cool! Keep it up!"

It was my turn to smirk. "Thanks. I have every intention of it."

There are a million uncontrollable variables between that goal and now. Some training sessions feel easier than others. Some days the weight flies up. Some days, it feels like a battle. Some days, it's somewhere in between. But no matter what 'speed bumps' that may come up along the way, it's still an adventure worth having. 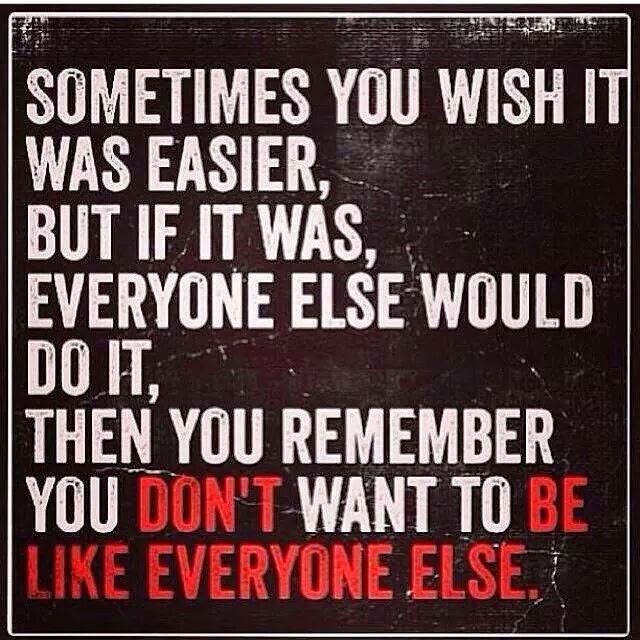