The Disneyworld Hangover and a Birthday report! 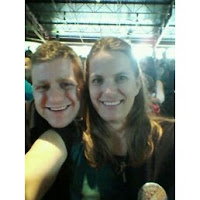 For my 31st birthday last weekend, My Sailor and my folks collaborated and gave me a great gift! My folks sprung for airfare as my gift, and My Sailor sprung for Disneyworld tickets and hotel! Several other gifts came my way that made the trip possible - and AMAZING!

So amazing, there here it is, almost a full week later from our drive to Disneyworld, and I am STILL recovering (almost back to normal though).

Here was our whirlwind birthday weekend:

Thursday - I flew in (many hours in airports). I picked up the rental car, we grabbed dinner at Ruby Tuesday (YUMMY salad bar and soup) and spent some one-on-one time together.

Friday - My Sailor had class in the morning, so I spent the day napping in his room until he got out. We picked up My Sailor and the other couple and took the nearly 4 hour drive from the Submarine base to the Condo we rented for the weekend. Topping off the evening, we had a few beers at Raglan Road, the Irish Pub (with live music and step dancing) in Downtown Disney.
Saturday - First day in the parks! We did EPCOT in the morning and The Magic Kingdom in the evening. (I got a free Dole Whip for my birthday, and we got free dessert in Tokyo Dining as well!)
Sunday - Hollywood Studios (which was fun, but PACKED) we hit the headliners before taking a walk to EPCOT and the Coral Reef for my birthday lunch/dinner. Afterwards, we checked out some pavillions we hadn't seen yet, had a few more treats, and got a premo viewing spot for Illuminations.

It was during Illuminations that Sean popped the question! 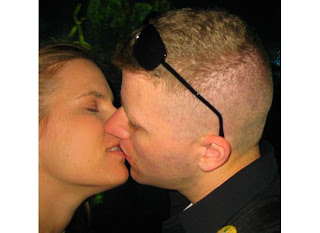 We both knew this was coming in some ways. We knew that when/if we ever managed to try being in a relationship, things would either quickly fall apart, or solidify the feelings we've had for years. Over a decade of beings best friends has made being together something completely natural, and I couldn't imagine spending my forever without him in the picture. So there was no hestitation in saying yes.

Since I've been home, we've been spreading the news, planning my Big Move (which will be happening at the end of March - out of state - though the destination is a bit hazy at the moment as we're not sure where he'll be getting stationed just yet.

No date is set yet, or is a location really narrowed down. A lot is depending on the budget, his deployment schedule, and other key factors we don't know yet. First thing's first - gotta get the move done and get acclimated to a new place.

Whereever this new adventure takes us - it's gonna be "Fully awesome!" as Rhino would say.
For those of you unfamiliar w/ Illuminations - here's a a taste of the music and some of the spectacular fireworks.