This Sunday was Father's Day.

Father's day is hard around this house for a number of reasons. To quickly get you up to speed - my dad passed away in April of 2013 from Pancreatic cancer. Being an adopted kid, I have a special place in my heart for my parents - the people who made family out of strangers.

The second reason why it's challenging is because, well, we're not parents. Try as we might to get this adoption thing rolling, it's been an uphill battle from day 1. I'm sure it'll all pan out the way it's supposed to some day, but in the mean time, it's a lot of paperwork, waiting, and being told "no". Learning to advocate for a family you don't have and are starting to doubt will ever happen is exhausting to say the least. Doing it all while your other half is deployed... well... 'exhausting' doesn't begin to describe it.

All that said, this Father's Day I got the ultimate distraction.  Not only did the day start off with an awesome Olympic Weight Lifting Class and a team-style workout for Get Up Get Dirty (I LOVE team/partner work outs), but I also got to finally see My Sailor after 141 days of little to no contact.

That means, to him, my progress went something like this: 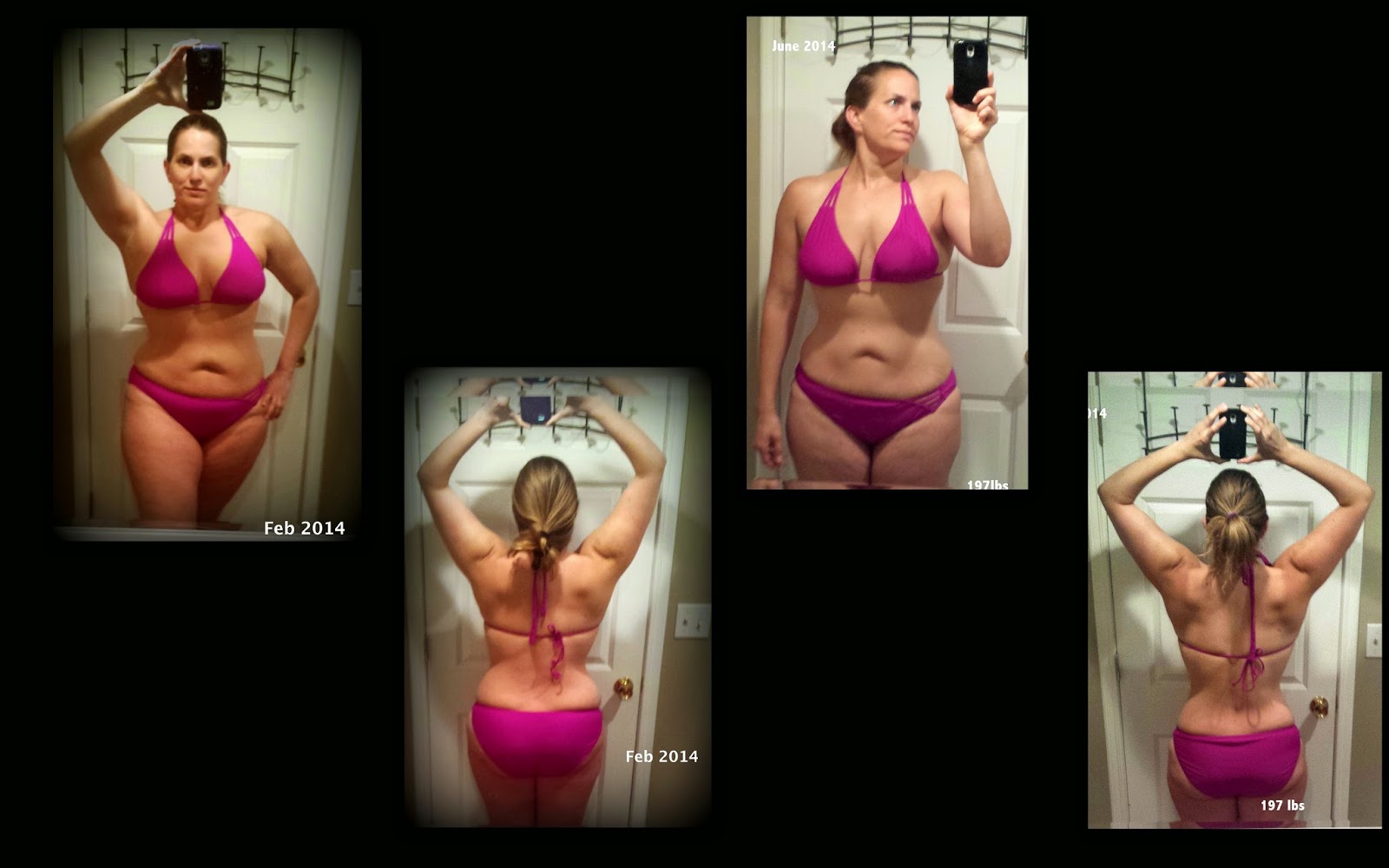 What the photos and blog can't show you are tactile differences that he alone notices.  A once-soft back now has obvious muscle that moves with purpose. While still keeping many of my curves, all of my shirts are 2 sizes smaller than when he left.

So one of the biggest questions I've been asked since his return is, "How did he react to the new body? Was he impressed?

Like I've said before, I'm a lucky girl. He's always seen the best in me, even when I felt pretty darn unattractive. So when I went to go pick him up, I didn't get all dressed up. I came from breakfast with the Get Up Get Dirty crowd, freshened up a bit and changed out of my workout clothes into a tank top, jeans and sandals, and dashed off to pick him up. I didn't worry about a lot of the details - just tossed on some mascara and lip gloss I had in the car and moved on with life. (I'm only good at the 'girlie girl' thing when I need to be. This doesn't qualify as one of those times.) We hadn't seen each other in nearly 1/2 a year.  (Remember - no skype, facetime, Facebook, etc on a submarine...) He's always loved and supported me for who I am, and he'd been getting some emails and a few scattered photographs here and there - and the highlight reel - so he wasn't taken completely by surprise. In fact, it would have been more out of character for me dress up. He was coming off a submarine in a camo uniform that smelled like, well, 141 days in a submarine with 120+ other stinky shipmates.

Unlike many military homecomings, submarine homecomings lack fan fare, since the whole point of a submarine is silent operations. So usually isn't a big press event like many military towns see when, for example, an aircraft carrier pulls in. Those boats are so big you can't miss 'em anyway, so there is no point in attempting to keep those under wraps. That said, there were no cameras when I pulled into the parking lot, got out of the car on that rainy Washington Sunday, and met My Sailor as he came towards me. With 2 seabags slung over his shoulders, we met about half way through the parking lot, embraced, and went in for a long overdue greeting.

Now, I'll spare you those details, but that hug felt amazing.  I often forget that, when he's away, my physical contact with people is pretty much restricted to collisions during soccer games, high fives at the gym, and the occasional hug from a friend.  In fact, I can (and often do) go entire days without physically touching another human being, even on accident.  It's not until he's startling real that I realize what I've been missing.

So, all that said, what does he think of the new body?

Like I said, I'm lucky and he is awesome. He's proud of the hard work I've put in, and is very supportive. He's been home less than 24 hours and he's already started showing me some of the moves he learned while under way so I can add them to my training arsenal - both for clients and myself.  He's very supportive, and not just because of the physical changes. Neither of us could have anticipated the way my body would decide to put on muscle - nor where/how it would decide to pull body fat from. So what's ended up happening are these semi-epic shoulders and back that I love, but a much less Jessica-Rabbit worthy front, but he's far from complaining. In fact, he's offended that I thought he might complain about something that makes me better.

In short, he's always thought I was beautiful. My fitness journey doesn't make me any more or less his wife.

Just like most couples, physically we've change a lot in the 15 years we've known each other.

It's nice to know that some things never do change.
Posted by -J.D. Humenay at 12:48 AM