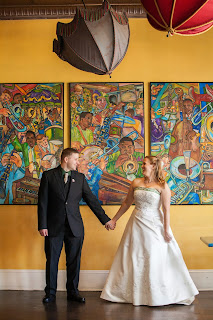 See that guy there? He's full of surprises.
Monday night, I sat down to work on my Novel. (In case you didn't know, it's National Novel Writing Month. Click here for more info. Yes, Teyar, Ashta and Sihaya are the staring characters, and Silent will most definately be making an appearance... most likely more than one since you can't tell Ashta's story without him.)  My 2010 Acer kept trying not to crash with every 5th keystroke. Since I have a tendancy to 'make do' and I'm patient, I used the time my computer was taking not to crash to make a few more notes on my homestudy autobiography.  After watching me get about 3 sentences written in roughly 30 minutes, My Sailor benignly asks, "What time is it?" I check the time, "About 8pm. Why?" He stood up, "I can't take it any more. We're going to get you a new laptop. Let's go." And with that, our coats were on and we were out the door. I protested a little, but My Sailor let me know (in January... he's no good with secrets, which is an endearing trait 99% of the time) that he was getting me a MacBook for Christmas.

Christmas came early and, about an hour later, we were setting up my MacBook pro. Today is the first day I've really had a chance to sit down and write on it since then, and got about 800 words down in under 2 hours, so I'm predicting this 50,000 word novel won't be too much of a slog. It will also effectively fill up all my free time this month. 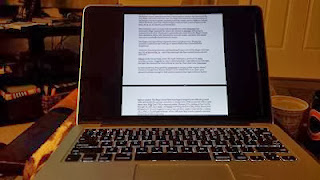 I won't lie. There is a near petrifying anxiety in this foray into the fantasy world I once knew so well. I wonder, "Will it be good enough?" "Will anyone read it?" "What will critics say?" "Will anyone 'get it', or will this just be another bit of entertaining drivel?" "Will these characters mean anything to anyone other than me?" "Will this ever get picked up as more than just a National Novel Writing Month project, like the hundreds (or thousands) of others out there?" It's a pretty intimidating project. I've had a bit of writer's block on Dad's book, so to hammer this one out in a month is very daunting.

So far, I've over come that by taking a deep breath and reminding myself that I've been writing Ashta and Sihaya Shadowcare (my leading characters) since I was a teenager. I know them better than anyone. Their stories are compelling. They are not for the faint of heart (or stomach - these are books my kids won't be reading until they are AT LEAST teenagers). I've already done so much of the work. I just need to tell their story in one place. I just need to put the peices together. I just need to tell the story of these remarkable creatures that live in my imagination.

I used to say, "Writing is like giving your soul ink." Even in fiction, a little bit of every character is a peice of the author.

That said, let's update you on other things. The Contractor is still trying to find a way for us to fund the 2nd story, but I doubt that's going to happen just yet. Maybe in a few more years once we have some extra equity behind the house. For now, we really need to move the water heater into the laundry room and get a stackable washer and dryer. That is pretty much a necessity. Then there are the "His", "Hers", and "Need To Happen Someday But Can Wait" projects.

His: Central heating installation. (Probably off the table due to the expense of adding a unit, closing off all the currently installed baseboard heading and adding vents.)

Hers: Raising the ceiling in the kid(s)'s room. (Might be off the table depending on cost. Recessed lighting adds to the value of a house, but the roof is only about 6'5" high in that room, which might make bunk beds impossible.)

NTHSBCW: (Hey, we're a Navy household. Acryonams fly around so fast it's practically its own language.) Sealing up the extra front door. (Yes, we bought a house with 2 front doors. While we love our quirky little house, it's a tad draftier than it needs to be at times.)

One more surprise - I've made the first purchase for the kid(s)'s room! Though I plan on replacing the photo inside it with one of our wedding photos (rather than this photo of our engagement weekend while we were still long distance). 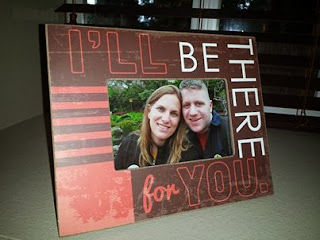 In the meantime, on the work out front, I can feel my Bench Press getting better and better! Yesterday I did about 5 reps of 85lbs. Since my max was 100lbs when I started this, it's exciting to think of where that's going!  Most of all, right now I find the gym comforting. It's something I can control and it's a safe way of building my confidence while I'm learning and growing. It gets the endorphines going while working out the Cortisol (aka stress), effectively keeping things like depression and anxiety well under control. It hasn't been an easy year by far. I mean, we've had a death in the family, stumbled through the adoption process (which sometimes feels nightmarishly challenging), dealt with deployments in the middle of all that, and the usual 'hiccups' that pop up in every life. Committing to my health has made it all managable. It's something I've been able to take with me to hotels when I travel, to restruants when I eat out, and, well, into my everyday life. This is one habit that's here to stay. 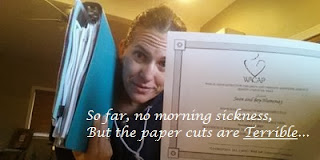 And finally, an adoption update! Our homestudy fees are paid and now we're working on the paperwork and, well, checking out the construction side. There are a few hiccups that might prolong the process past December. My Sailor had a license suspended in his teens (pay your speeding tickets people...). Though it's been taken care of YEARS ago, the courts still need records of it being handled, and he has to write a letter of what he's learned from the experience and how it will make him a better parent. We also need to compile a list of all the places we've lived in the last 5 years (which is MUCH harder for him than for me, so a lot of this does fall on My Sailor).  We need to get our reference letters out so people can fill out those forms and return them to us, and we need to continue to get the house ready.

It's going to be a VERY busy month!

As I elluded to earlier - it's still the 'year of firsts' around here. Dad's birthday would have been this month. Then there are days like Thanksgiving, Christmas, New Years, etc... Most of the time I'm great about keeping things in perspective, but it's safe to say that I feel the absence of Dad more acutely this month.

And I'm even more grateful for the time I have with my family. My kids may not know their Grandpa, but I'm sure his legacy of goofy, warm, occasionally embarassing love will live on well through me, my brother, and my mom. While she has her own legacy to share, I believe we are each changed by the people we love, no matter how long they stay in our lives.

The great thing about smashing all that we can into this month is that our vacation at the end of December will feel AMAZING....
Posted by -J.D. Humenay at 11:35 AM