Cropping Out a Patch of Honesty

Tonight, My Sailor is in bed early, ready for a 3am wake up call in the morning. Beanie Girl is fast asleep after a busy day of egg hunting, walking (and being carried by mom, sans carrier or stroller... things I'll probably remember not to forget again...) about 3+ miles today and lots of time outside. She'd live outdoors if I could let her. And I'm up spending some quality time with a snoring old Boxer dog, one of my favorite old sci-fi shows, Firefly, and a my laptop.

I'm finally spending some time editing some long overdue photos, and a certain subject keeps cropping up. While I remain well motivated in #ProjectMakeWeight, these pictures tell an interesting story... There are a hundred little things in these photos that I'm sure she won't remember...

In this world of modern parenting, there is so much that seems to revolve around appearances. "Does a new baby have the perfect nursery?"
"Does the new kid have the perfect clothes?"
We add a few new pieces to her wardrobe, but 99% of her clothing are hand me downs from family, friends, and the local Buy Nothing Project.
"What?! You didn't have any maternity/newborn/monthly photos taken?!"
It's true. We haven't had a single professionally taken family photo, well, ever. Our adventures are documented through selfies and a camera one parent is behind. But I'd say so far, the results aren't half bad. 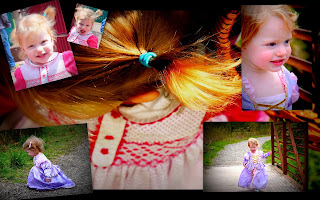 But in a world with perfection expected in every filtered instagram selfie, it's easier than ever to notice our physical flaws.Yes, I'm still working to shift the MomStrongBod into, well, whatever it's going to look like going forward, I'm just as tempted as the next person to crop out photos of me that I don't care for. For example, I see photos like this and see the 'flaws'. To most, these things often go unnoticed. But I see them. I see hair that hasn't been cut since December of 2015 (though that's likely to rectified this week) and can barely be brushed through. And Hello hips! Some photos show a bit of the battle of the pudge I'm still wrestling. But here's the truth - My mother probably noticed all the same things about herself... But I always thought she was beautiful. So, while I'm not keeping every half blinking photo, I do keep one or two in each file that I don't perhaps love of me. I'm keeping them for her. Because I want her fearless spirit to burn bright. I want her not to worry about the assumptions being drawn from the other side of the lens, and to be who she is - unique, brave, excitable, anxious, and beautiful - no matter how unruly her locks may be, or how much or little jiggle there may be elsewhere among her form. Anything less wouldn't be honest.

And while I'm on the topic of honesty -

Let's just say there were certainly other times in history where it was probably less intimidating to be a military family. This weekend, My Sailor and I watched the award winning Hacksaw Ridge.  Now, I should know better than to watch war movies - even fantastic ones - as the idea of a military graveyard or a flag over a casket sits a little too close to home. With my father buried in a military graveyard and My Sailor being, well, a Sailor, it can be a challenge to be faced with the idea of losing him (even though such thoughts linger in the back of every military spouse's mind from time to time).

And that train lead to the reminder of how little time we really do have together. With both of us working 6 days a week, and opposite shifts to boot, it's challenging - not to enjoy family time - but to protect it as fiercely as we might. We often bow out from things due to work conflicts, and when we do have time, we selfishly haul it away to build memories with each other and Beanie Girl. Memories that are vital for all of us - even though Beanie Girl may not recall them when she's older without prompting. Those memories are vital. While nothing is ever sure in this life, active duty military families face 'what ifs' of a terrible, glaring variety. 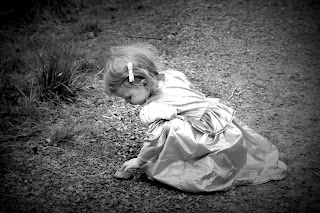 Only a few more weeks until we head to Disneyland for a little much needed R&R and memory making. Sure, she's too little to remember it (maybe) but some memories aren't necessarily for her. Some memories are for us.