I know I've been promising new progress photos for a while, but they will just have to wait a bit longer. Yesterday, I just needed a full on break after the Electric Run in Seattle the night before. It was a blast, and I have a new 5k PR to show for it! 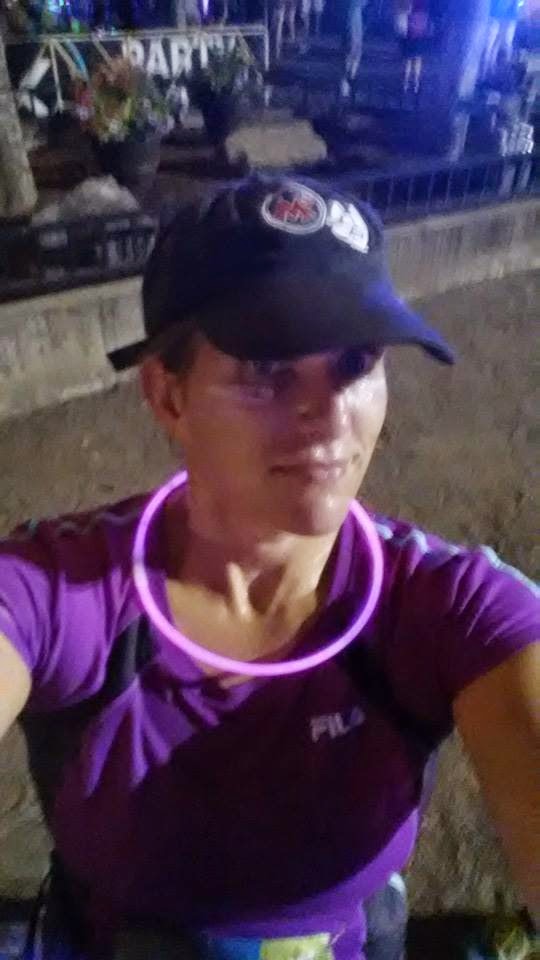 Just to quickly recap, in September of 2013, I was proud to run with a team through the Zombie Run in Seattle. I set a personal record on that race of 30m31s.  Then I ran the Expedition Everest Challenge in Disney's Animal Kingdom in May, hoping to set a new PR on that one. It was an amazing success. I knocked a full 2 minutes off my time and finished the 5k portion at 28m31s.  Now, those were 2 races I trained for.  This year, I didn't really have time to train for the running part. I mean, I still did my recovery runs at least once a week. Until a few weeks ago I was playing soccer religiously every Sunday, and, of course, I've been doing my Olympic Lifting Crossfit stuff as usual.  So I didn't specifically train for this race. My goal was to meet 28 minutes.   I recruited a team (aptly named "Earning Awesome") consisting of one of my fellow Sub Wives, The Lady in Grey, and My Sailor, and we hit the track. We each had different goals so we didn't run together, but personally, I kinda like running alone and just seeing others along the way to wave "hi" to anyway.
I popped in my earbuds and went for a run. This time, there were no 'obstacles' per say, but each of us ended up stuck behind people as we went through barns (the race was held at the state fair grounds), which added probably a minute or two to our times.

I crossed the finish line having shaved off over a minute from my Everest Experience (despite people walking 4 abreast through barns... don't get be wrong, I don't hate walkers, but can ya leave a lane for the runners?!). I finished at 27m27s.

Sure, I probably CAN go faster, had I focused my training for it. And, yes, these "fun runs" may not be the best way to judge speed, but right now, I'm not competing for a medal. I'm competing to be better than I was the race before. Each race has it's own unique challenges. 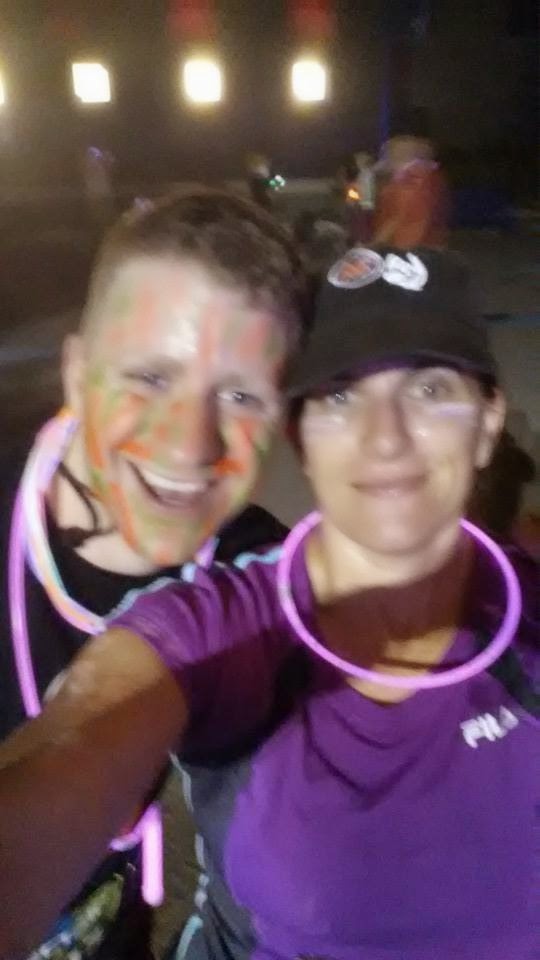 From this race, I went home with feet that DIDN'T HURT (unlike during Everest). I went home with my fastest time yet, and I got to celebrate it with great company (all of whom reached their individual goals as well).

But most of all, the biggest 'take home' lesson from the Electric Run 5k was that I'm now fit enough to run a 5k without much added emphasis or training! This experience assured me that my habits are well in place and strong enough to see me through things I might need to do outside of 'the norm'. Sure I was tired and drained the next day, but I wasn't incredibly sore or impossibly achy. For someone like me, who FOUGHT for a 30 minute 5k for about 2 years, it's sort of a big deal. I won't go so far as to say "I love running," but I don't hate it anymore.

And it seems like it no longer hates me. 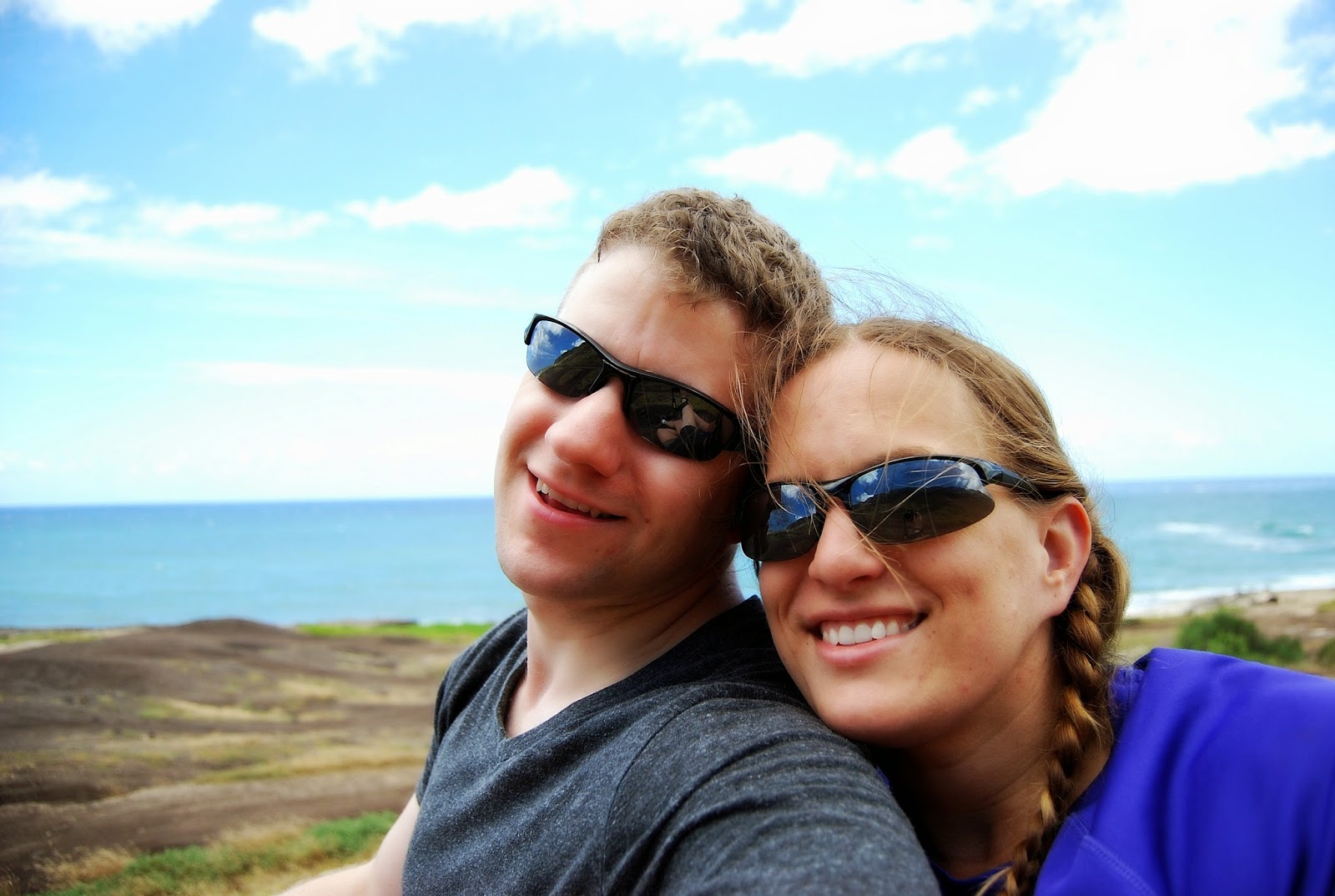 On a completely different topic, tomorrow is the anniversary of the day My Sailor and I had our wedding! He's around to celebrate this one, so we probably should be celebrating in style, right? Well, while we both had big plans for it, the funds don't quite match up with our high ideals right now, so I'm not sure what in the works for tomorrow. I do know I'll be working -and he'll be working - and the house could use a really good deep cleaning. So my gift to My Sailor will be a spotless house from loft to bathroom probably.  This weekend I have the Strongman Competition and we're probably throwing a yard sale the next day, so... it's just another day in paradise!
Posted by -J.D. Humenay at 10:30 AM