Traditionally Challenged or Clash of the Turkeys

The holidays are upon us! It's time for me to break out the ghosts I've painted with my fellow Strongman Sisters and start thinking about all things cider and scarves.

Today, My Sailor, The Impossible Girl, and I braved the shelves and racks of a local Goodwill today gathering last minute costume pieces that will be assembled tomorrow. Though The Impossible Girl is over a year old now, this is basically her 'first' holiday season. It's the first time we've had the energy to celebrate it, and the first year she's been interested. I am using the term 'interested' rather loosely though. Today, she was very 'interested' in a pea sized pebble she found outside with about the same level of enthusiasm as she's shown for anything Halloween related. No doubt last minute costume creation is likely to become a tradition no matter how I try to plan ahead...

If you've followed my blog (or met me for any time frame beyond an hour), you probably know that I'm adopted. When I was younger, Dad traveled a LOT and the traditions we had in our household really helped ground me and help me bond with my family. They gave me something to nearly constantly look forward to, no matter if things were rough or not

. In hindsight, we had a lot of them.

In the Fall, we did what most people did. We carved pumpkins, dressed up, and went trick or treating, or to our church's Harvest Festival. (Or both.) My brother and I would divide the candy up into 'candy stashes' and hide them in our rooms, in the hopes of keeping some around long into the year. (For the record my brother was MUCH better at this than I was... not the hiding through... I am pretty sure I raided his stash on more than one occasion...) As I got older, I spent several years carving elaborate pumpkins.

Around Christmas time, it was a stage show (either a version of The Christmas Carol or The Nutcracker ballet), baking cookies, having unshelled nuts around the house for snacking (and more than a few nutcracker soldiers), going out and cutting down a Christmas Tree at a tree farm outside of town (usually while my brother and I sipped on hot chocolate or snacked on freshly roasted peanuts and chased each other through the tree farm)... On Christmas Eve, after church, we'd open up ONE present, and Santa always brought us new Christmas Jammies (warm flannel pjs) that we'd wear to bed. On Christmas morning, my parents would make a big deal about keeping us OUT of the room where the tree was so they could set things up, and having breakfast first as a family. Breakfast usually included Cinnamon Rolls that we'd bought (frozen) at the state fair over the summer and saved for just such an occasion.

Anyway, you get the picture.

Of course, these things changed as we grew up. I started traditions of my own. In the theater world, I started throwing Seasonal Murder Mystery gatherings at my house, which were always fun. I always got a tree and have since taken to decorating it on Christmas Eve. My birthday included a trip to Disneyland - even though most years I went solo. 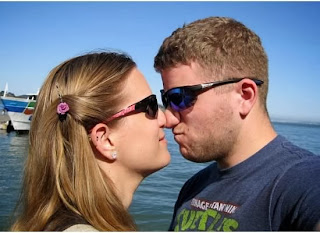 We moved to Washington - 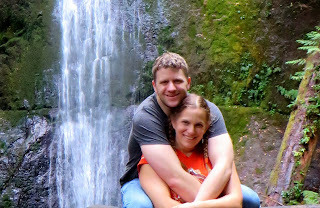 And my grip on all of that holiday stuff slipped pretty much completely.

Don't get me wrong; I love our home up here in the Pacific Northwest. ESPECIALLY in fall. I mean, who doesn't love these colors, right?!


Now, we are getting good at carving out Sunday as 'family day', no matter how crowded the week gets. Making those memories is important - even if it's just a day at the park with limited electronic interaction with the world.

Thanksgiving is a weird holiday in this especially.

You see, to My Sailor, the holiday looks like extended family, food, and nearly-drunken all day football fest. Nothing wrong with that. It's pretty much how most Americans celebrate the holiday anyway, right? That's normal.

To me, well, growing up, it meant being talked over at a busy dinner table. My favorite part was going to catch a movie in the theaters while the turkey was roasting. I could have done without most of the rest of it. The food was good, but it was just food. (Stuffing is one of the few foods I have no interest in eating... ever...)
Now, it's the anniversary of My Sailor's first date with me. Which was kind of a big deal, as it involved me getting on a plane cross country on a wing and a prayer to see if this then-friend of over a decade was actually something more. (Though the 'dinner' included Ramen noodles while watching Aladdin in my hotel room.)

I hadn't honestly been much of a Thanksgiving fan in general until then. I can go without the feasting these days. My stomach can't handle the huge portions and rich foods, so that much is a little bit lost on me. I'm not a big football fan either, and pumpkin pie? Eh... no thanks. (Sacreligious, I know.)

So it's a clash between 'beer and football' vs 'romantic anniversary'.  One year, we did do a harbor cruise (I INSISTED on it). The food was great and it was really fun, but I know My Sailor struggled with not seeing his family that day, so I highly doubt we'll ever recreate that - especially since we have the girl now. Besides, who am I to say, "Don't spend time with people that you won't be able to see very often once you deploy again." I have a strict 'no competition' policy when it comes to family.
Besides - let's face it - they are much better cooks than me anyway - and he deserves a good dinner. (Me? I have been known to bake a turkey breast in bacon in the oven, do some mashed taters and call it good.) 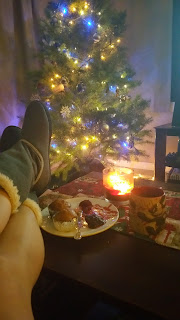 Now, admittedly, maybe it's because I'm still adapting to having lived 15 minutes away from my entire family for 31 years to seeing them maybe once a year, or maybe it's that My Sailor and I haven't had anything remotely resembling a 'date night' since my birthday - last January - that makes me a little selfish when it comes to holiday time as just a 2 or 3 some. As I start piecing together the next piece of our family plan (adopting a sibling about 2 years), I'm reminded that I need to MAKE the time this year to start prioritizing our little family this holiday season, before it gets scheduled away with work, life,  weightlifting, and extended family engagements. I won't be seeing my family this year, so staying at home gives me lots of time to get creative and get some Christmas and New Years magic going on for our little one.

Looking forward to seeing what the season brings.