Last year was an epic roller coaster, but here we are, sitting pretty at the start of 2016.  By this time last year, I'd discovered I was pregnant with Beanie Girl and we were waiting to see if Beanie Girl would stick. Stick she did and in August, we got to meet her. As a friend says, "Wall - to Wall Personality" pretty much describes our house. It's given me a tiny glimpse into the world of parenting young children. As a coach, I have a new way to personally relate to my clients that are parents, and I'm incredibly grateful for the patience of all of my clients as we go through this process of constant adaptation necessary to raise small children. As much as I try not to let motherhood effect my work, it's occasionally impossible.

It's been a profound experience being a mom of an infant. More on that later.... Here are a few other highlights from my 35th year on the planet.
Best Stories of 2016 -


'That Time We Accidently Had To Go To Spokane.'You see, My Sailor had heard that one of our favorite musicians, violinist Lindsey Stirling, was 'in town' and tickets were a steal! So he jumped on it. About 2 weeks before the concert, we start to make plans and discover that 'in town' meant Spokane, Washington - a 5 and 1/2 hour commute one way.  So instead of driving, we hopped a commuter flight (small seats plus pregnant belly... glad it was a short flight), used a free hotel night I'd accumulated through Expedia, and made it happen. It was a worth while adventure for sure! While I'd heard a lot of negative things about the city, I wouldn't mind going back and poking around for a weekend again. (Though a weekend is PLENTY of time to see it all.) 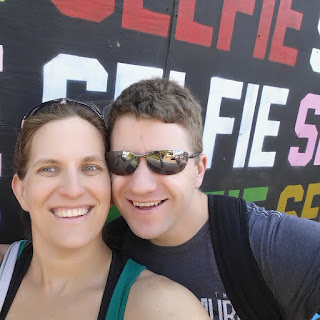 And that time we cashed in every gift card and frequent flier mile we had, and made it Southern California for the price of a rental car.
Since I've openly rebelled against the 'Pintrest Pregnancy' that seems to be so popular on social media, the idea of a 'babymoon' seemed a little silly. BUT the idea of going to Disneyland for the price of 1 (steeply discounted) admission made a LOT of sense. Though I opted not to ride a few thrill rides, I had a great time soaking in the 60th. 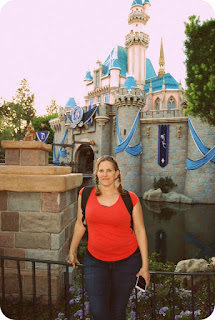 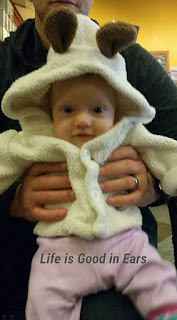 So all in all it was a big year. I made my goal of qualifying for Master's Nationals quite by accident, despite being pregnant, and I learned a LOT about myself, my business, my athletes, my marriage, and, of course, my life last year. I got to meet this little lady too -

So here's my few seconds to gush - Being this little girl's mom is a profound experience. I've never had someone light up like she does when I walk into a room. Having the power to calm nightmares with a single hug or cause a smile with a few seconds of eye contact is not lost on me. Holding the life of another human being in my hands is, obviously, a huge responsibility - one that we're no more or less ready for than any other first-time parents. As her health continues on the upswing, with shrinking cysts and growing everything-else-except-weight-but-we're-working-on-that, we settle in with a bit less worry and a bit more peace of mind.

I'm sure there will be some day when she'll look at this photo and roll her eyes at me, but one thing is for certain:

Getting to know her is a great adventure.

So as I enter my 36th year, my goals this year are all about continued strength building and continuing to hone my coaching skills. I have some truly inspirational folks on my roster that remind me every day why I love doing what I do. While we pay off some debt on the homefront, this won't be the year for lavish trips or competing. This will be the year for hand-me-downs and strength building (though it's likely I'll compete in Strongman this year) along with my husband. I'm looking forward to heading back into the competition arena for Olympic Weightlifting in the fall/winter, or in 2017.

Rearranging my life around Beanie Girl hasn't been easy, but it's 100% been worth it.