'The Thing about Perfection is...'

Friday - my birthday - I had a really 'bonked' work out. Missing lifts I usually make with ease, I realized it was time for some added rest. My nervous system overloaded, I knew it was the wise thing to do. But that said, that doesn't mean that I like sitting with the anxious energy a few days later.  The whole experience got me thinking about the 'progress over perfection' idea. I actually love the idea, but I'm wondering if it's actually possible to have both.

Bear with me - there are wedding pictures, but this will all make sense, I promise...

Unless you've known me since 2003, you probably don't know that I tried to talk every single friend I knew getting married into walking down the aisle to Brick House. At the time, I was married to my (now-ex-)husband and I'd had a nice simple church wedding with a reception at my parent's house afterwards. I wore a long sleeve gown with a 6 foot train in winter, all in white, as per tradition. There wasn't anything especially distinctive about the wedding and reception, but was a pleasant enough affair.

When the time came many years later, for My Sailor and I to tie the knot, I let him largely hold the reigns. I've had a wedding before. This was his first, and my last, so I wanted to give heavy credeance to his opinions. And, let's face it, he's the fashionable one out of the 2 of us. I know; it's terribly unusual for a groom to plan a wedding. He didn't plan everything, but he picked the color palette and was totally open to being less-than-traditional. We eloped (for legal reasons) as the Navy continued to postpone the wedding date at least 3 times over nearly 2 years. When postponement #4 loomed, the situation changed drastically. My father was dying of terminal cancer, so the Navy finally granted him leave to handle the wedding. The whole affair was planned and pulled together in under 100 days (though I'd had my gown for over a year).  Most people spend over a year planning their wedding. It took a village, but we were able to pull off a true celebration of life. But, that's not really the crux of the story.

As I am sitting here pulling up photos to (finally, almost 3 full years later) make our wedding album, I couldn't help but laugh. See, after we said our very non-traditional "I Do's" (which included a hand blessing instead of a ring exchange, and a love letter box instead of a unity candle or sand ceremony), my DJ friend pumped out the recessional -

Brick House.  Right before walking up the aisle, I sprang it on my wedding party that we'd be dancing back down the aisle. 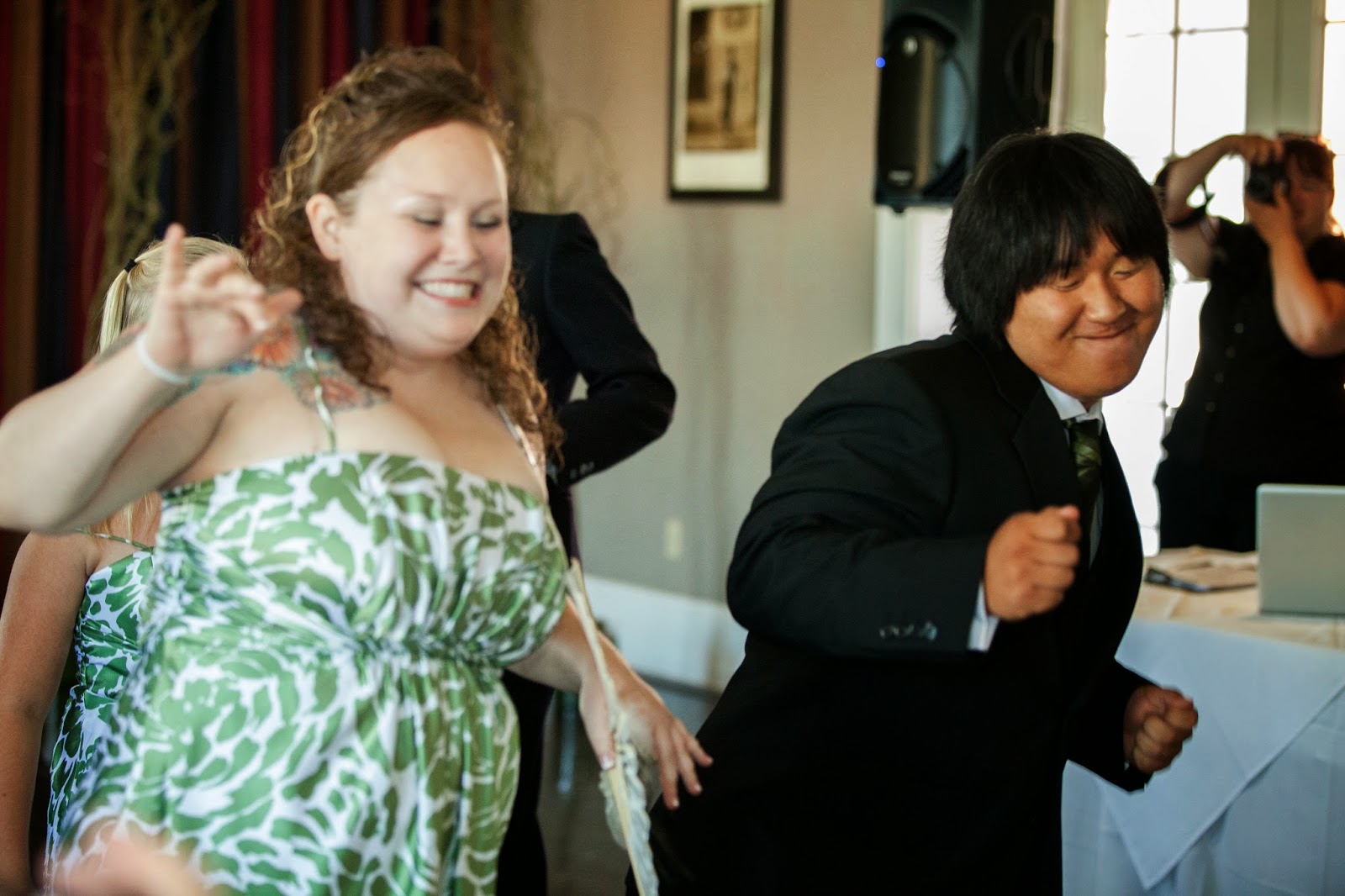 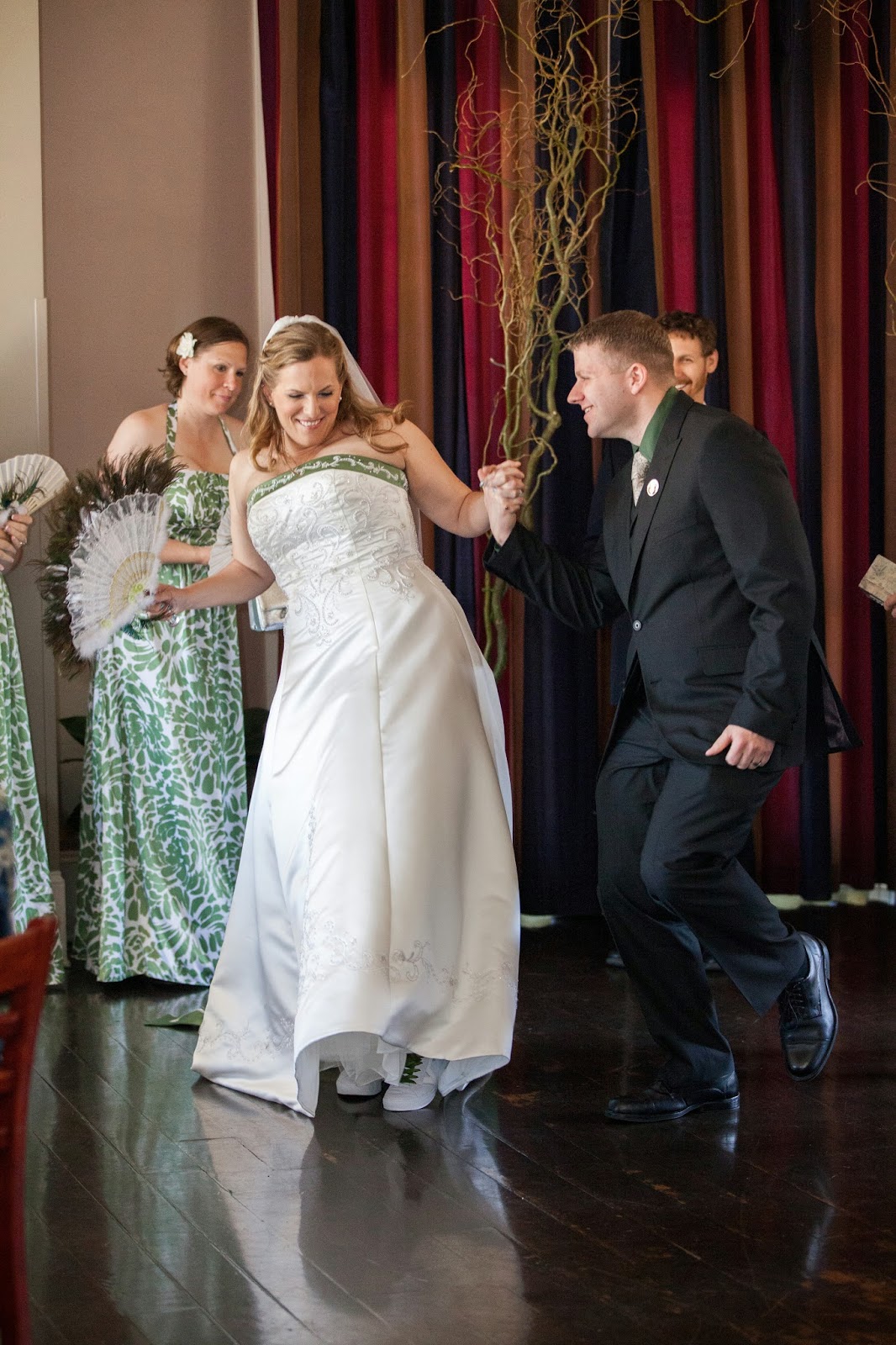 I remember, for the first time in my life, whispering to My Sailor during our first dance, that this was 'a perfect day'. 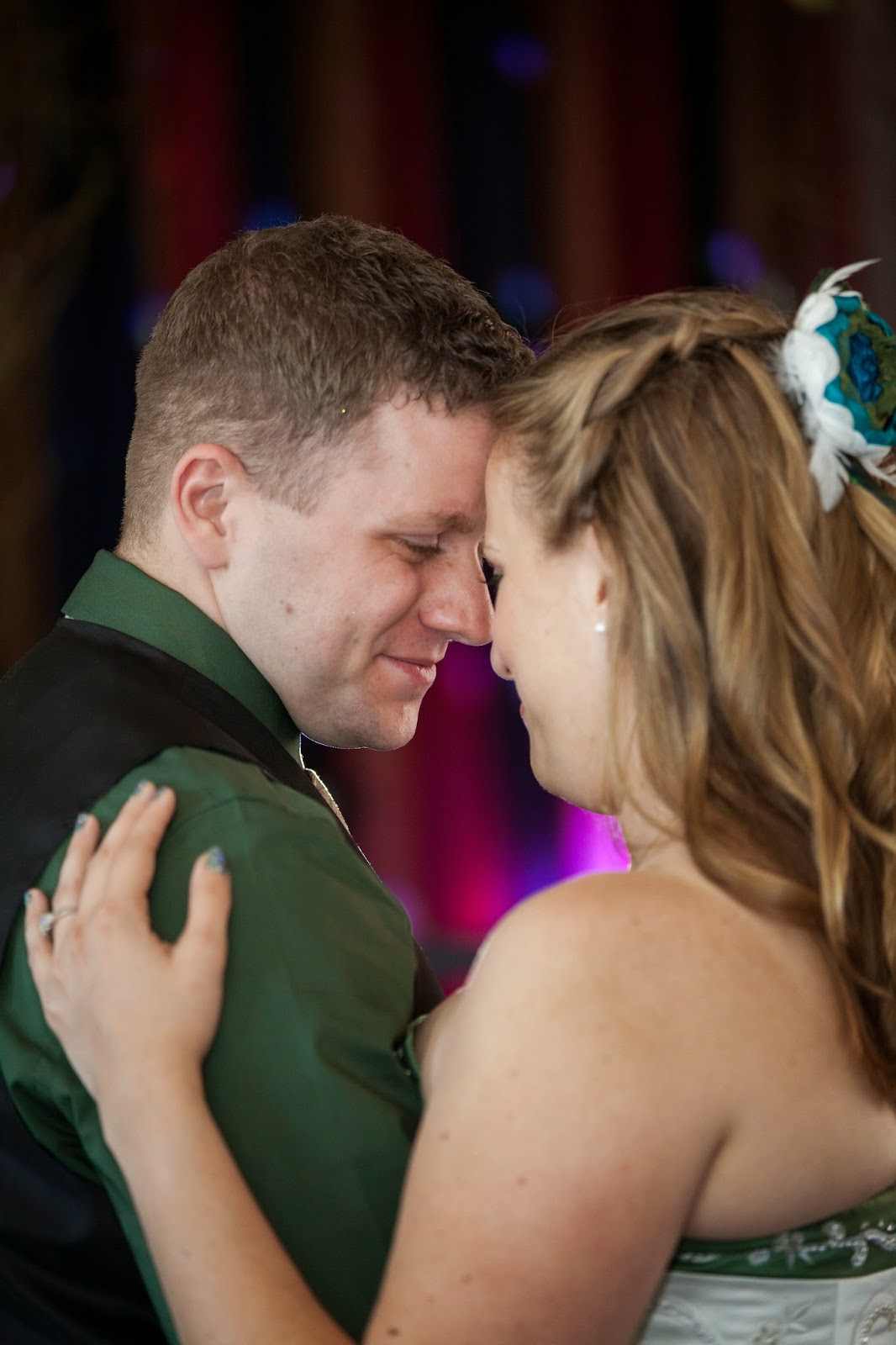 That kind of made me think about 'perfection' in a different light.

I mean, let's take that 'perfect day' as an example, shall we? First of all, the wedding was in Anahiem. All of our previous plans were for a Disney World (Florida) affair. Second of all, it was 2 days before the last anniversary my parents would get to spend together. After 41 years of marriage, my father passed away (F*ck Cancer).  Our budget was so small, we weren't sure we'd be able to actually have much of a 'honeymoon' without help from our guests (we asked for them to sponsor events on a small road trip we took from Anaheim to San Fransisco).  In fact, we didn't even know our DJ was showing up until I was in make up the morning of the wedding.  It was 107 degrees that day - a record setting day, which meant we had to restage our cake cutting so the cake didn't melt. My Sailor stuttered over his "I Do" (which was actually incredibly endearing) and I was chubbier than I'd hoped I'd be, despite 5 days a week at Zumba religiously and a C25K program and logging all of my intake on MyFitnesspal.com. There were still rounds of chub over the top of my gown that aren't there now, 4 years (and lots of weight lifting) later.

All in all it was far from 'perfect' if the definition is 'according to plan'.

But we 'think' it means that 'everything went according to plan', right?

Many brides would look back at that chub, or photos with their past-away Dad and feel regret or pain.

The funny thing is, I never had any of those regrets. It was still a perfect day despite the heat, illness, and pudge.  There isn't a moment I regret or was disappointed by. While it wasn't 'according to plan', it was perfect.

A bonked workout is far from 'perfect' in any sense of the word though. It didn't go according to plan at all - in fact, it's been kind of a rough week to even get my workouts in at all due to some crazy scheduling. But the struggle reminded me of this...

I have a choice - I can look at the big picture or beat myself up over 1 little workout where the body and mind weren't playing well together.

I think I'll choose to believe that, with all the craziness of life that's happened this week, choosing to rest instead of press on was the 'perfect' decision for that moment in time.

I'll get better at the next one.

Quote of the Day: "It wasn't in my plan, but ya know,  some of the best things aren't. My plans are in pencil. There is always room for improvement." - Me
Posted by -J.D. Humenay at 11:29 PM