Turkey, Turkish Get Ups, and Getting F* Out Of The Way


The Highlight Reel I sent to My Sailor during a deployment. It's now woefully out of date, but the reason I'm including it will make sense in just a few moments.  Read on. (Music: Fight For You by Jason De Rulo. Disclaimer: I look at most of these lifts and cringe a bit, but everyone starts somewhere! They barely resemble what I do now in so many ways...lol)

Since today is Thanksgiving (and every blogger in the US is doing a blog about gratitude), I find myself equally nostalgic. Yes, I'm incredibly grateful for all the "usual" stuff - family, friends, good health, shelter, food, etc. But for me Turkey day is a reminder of the power of getting the F* out of the way.

See, on a personal level, about 4 years ago I did something that was pretty scary round about this time of year. I jumped on a plane from my safe and sound home in Southern California to meet a deeply familiar stranger (My Sailor) on the opposite coast. My family thought I was nuts, but knew my single minded nature and were unable to stop me. They had also heard me talk about My Sailor over the years. See, we'd been long distance friends for over a decade by that time.  Big phone bills, a million emails, late night chats, and a few snail-mail packages were proof. My Sailor had always supported me, even when it likely broke his heart to do so. Finally, we'd reached a point where it wasn't really fair to anyone else we attempted to date to have this special person across the country. We either needed to see if this was forever, or put it to bed and see if we are just friends.
Most people would have considered our first date their worst nightmare. For starters, I do NOT travel pretty. Usually I arrive complete with bags so far under my eyes, they might as well be below my cheek bones, and oily hair to boot. It's not pretty, but I tried to doll up a bit - walking that fine line between 'traveled', 'pretty', and 'not-setting-any-unrealistic-expectations-on-what-to-expect-should-this-thing-add-up-to-a-lifetime-with-me.' When I arrived on the East Coast, all of the rental cars of any reasonable size were taken. So my 'first impression' included arriving in the only car the rental agency had left - a 12 passenger van straight out of some terrorist plot. I arrived at the base where he was stationed, and and was (naturally) detained and not allowed entrance. He had to take a mile plus walk to the front gate to meet me. (Though, for the record, when he walked up, I remember being struck by how cute he really is in person.)  So here it was, about 9pm on Thanksgiving, and he's meeting me for the first time. To his credit, he didn't bat an eyelash, but insisted on leaning across the vast expanse of car between us to hold my hand. We then went to find dinner somewhere. No place was open. Starving (I hadn't eaten - it was a 6+ hr flight), we pulled into a gas station and got Ramen noodles and went back to my hotel room.

So, technically, our first date was Ramen noodles and watching Disney's Aladdin.

Funny thing is, with all that didn't go as planned, it didn't really matter. We were finally together. He knew my baggage. I knew his. We had already figured out how to deal with it and could move into the future together. We didn't waste much time dating.  Those games didn't seem to make much sense. We made a few more trips, but it was already a done deal as far as we were concerned. Even today, no matter what our differences, we manage to find a way to figure it out. Quitting because we're afraid of change simply isn't an option. This Thanksgiving, I got to visit him at work and grab a couple solid hugs in between missile tubes. Several Thanksgivings we've spent apart entirely, so every little day is a gift. We are clearly faced with a choice: live in fear of what tomorrow might bring, or embrace the moment. 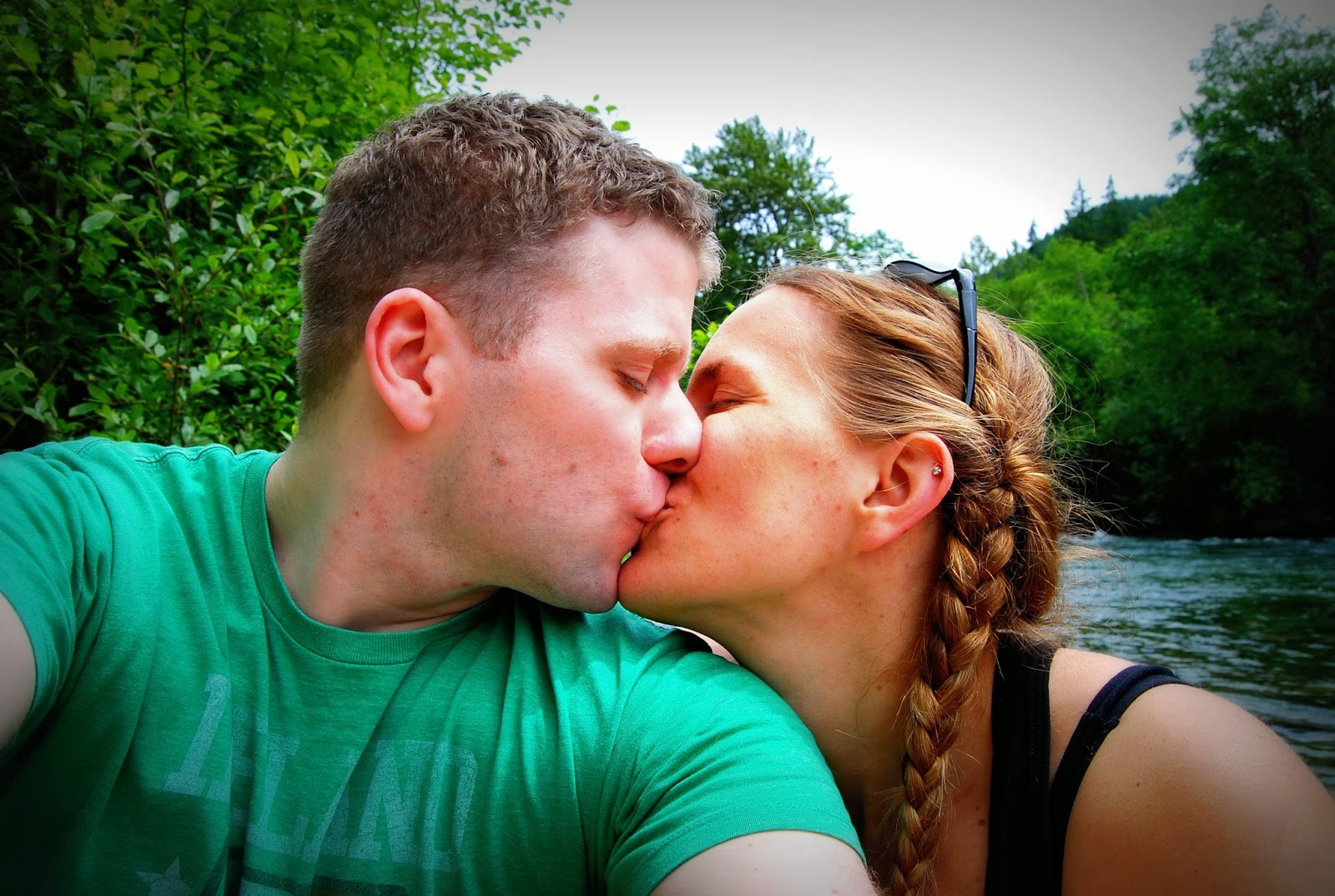 So, what does a history lesson cute story about My Sailor and I have to do with Turkish Get Ups?

All of this nostalgia made me realize that I tend to approach fear differently than I used to. Instead of it being something I accept and allow to hold me back, it's something I listen to and (usually) find a way to conquer, if it's irrationally based.

Turkish Get Ups and Olympic Weight Lifting do have an element of fear to them. Granted, once the technique is solid, it's fairly irrationally based, but, as with all things in life, accidents do happen.  I mean, you're putting markedly heavy weights over your head on purpose!  Who WOULDN'T be just a little bit nervous about that?! What kind of sane individual does that WILLINGLY over and over again?!

Apparently I do - to the point where I enjoy it so much, I share the love of it with my clients. Each attempt at a new personal record is a little scary. But I have a choice. I can either say, "Ya know what? I'm probably never to going represent the USA in the Olympics anyway, so why try for Nationals? This is too scary. I'm done."
OR
I can step up to the bar and say, "Alright. You and Me. Let's dance."

My approach may not be for everyone, but it worked for me. For example, when I clipped my tailbone with an 85lb snatch, I proceeded to lift 85lbs just about every day for the next few weeks until I was convinced it wasn't a problem. Now, when I approach an 85lb snatch, I tend to smile, because I know I have it in the bag. I took the same strategy when I had that initial unfortunate accident with my throat against a bar. Once I was pretty well healed, I lifted that 120lb clean 3 times a day at least 2-3 times a week. Now? I'm pretty confident I can make that lift when it comes my way.

Yes, there are certainly some times in life where listening to fear is a completely appropriate reaction. But there are so many others  where ya just gotta get the f* out of the way.