The Trident, The Barbell, and The Aftermath 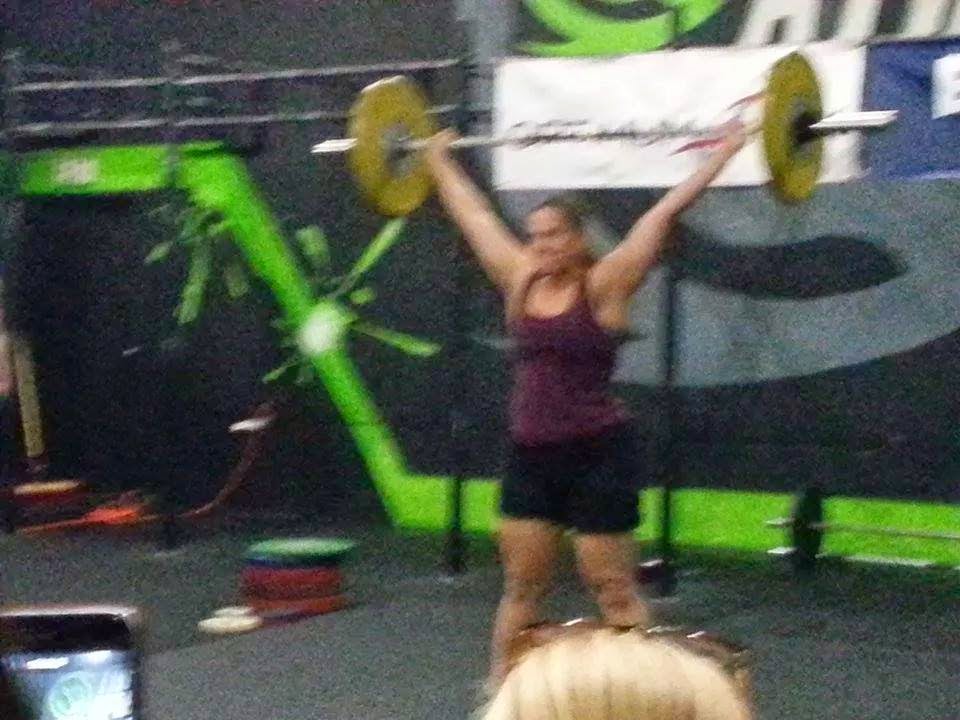 Last weekend was the Trident Open at Trident Athletics in Tacoma. I'm still considered a Novice for 2 more meets and this was a great place to get my feet wet. The intimate venue was fun and the event was very well organized.  The staff worked hard to make sure everyone was welcomed and understood how things were to proceed.

Me specifically? I've had my eyes on Nationals since May. This event wouldn't make or break that resolve, but it was a sign of things to come.

The first event was the Snatch.  Trainer Guy (my coach) was busy with 2 athletes, and the pressure to compete as an athlete himself in the following session. He'd seen me through my strength training, taught me my technique, encouraged my progress, handled my set backs (which have been thankfully few) with grace - and during this meet, we were putting that relationship to the test.

My first Snatch I should have been able to complete in my sleep. Apparently, being awake was a detriment to me today, because I actually failed my first lift.

I didn't anticipate that. In fact, no one did. Both fans and my coach were shocked. It was a weight that was well within my realm. In fact, it was still bordering on warm up...  In hindsight it was likely an odd combination of over-confidence and nerves that played into the miss.

Taking the platform and taking the stage are two very different things, as it turns out. I'm not sure why I was surprised to make this discovery, but I was.

I only made my middle snatch - which was my 2nd attempt on my Opening weight. And I had to fight a bit to make that. I failed the 3rd attempt (barely - story of my life with 50 kilos lately) and, even a few days later, it eats at me a bit.

I returned to the warm up area for the Clean and Jerk disappointed already, and obviously rattled.

I committed myself to taking out all of the negative feelings on my Clean and Jerk.

And for the most part, I did just that.

Here is what I discovered: 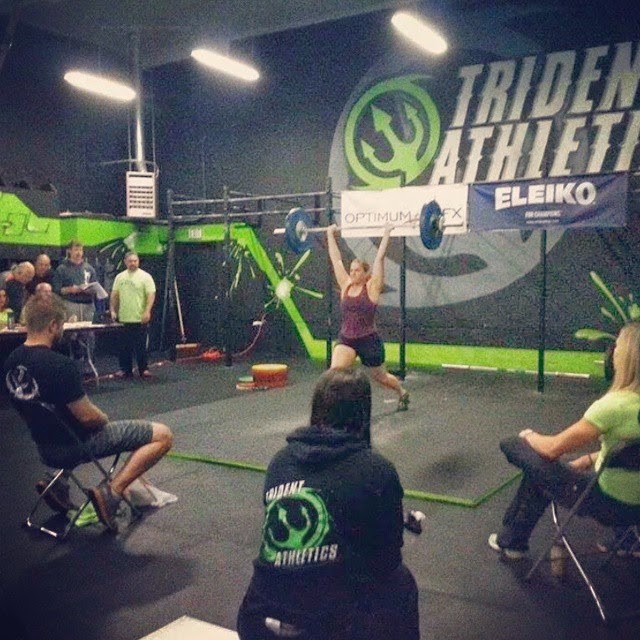 When it comes to sports like this, there will be amazing meets, disappointing meets, and meets that are somewhere in between. The ones that are less than spectacular make us ask ourselves 'how badly do I really want this?'  My sights are still set on Nationals in 2015/2016.  This experience didn't change that.

If anything, it feeds the dream of what it will be like to finally hit that goal during a meet.

Only Trainer Guy set a new personal record, but there will be LOTS of time for records.  Being a bigger lifter means I'll have to work harder and lift heavier than some others. I'll have my own challenges, set backs, and moments of glory. I'll spend hours perfecting techniques and building strength in between clients and keeping up with My Sailor and everyday life stuff.

But I will get there.