Just about every morning, I have 2-3 eggs scrambled with some sauteed Spinach on top. I drizzle some Chipotle Chalula hot sauce on top and sit down at the table to enjoy my breakfast with a side of whatever fruit we happen to have around the house and a cup of black coffee or tea.

It's not that I don't like variety. It's just that this particular routine is easy, healthy, and something I look forward to.

In the past 2 months alone, life has been anything but routine. If I was going to inventory it, the list would look something like:

Out of the last 6 weeks

The Impossible Girl has been sick for 3.5 of them with 2 different respiratory illnesses (not counting the one she got in October).

The house has undergone some serious construction (now completed... mostly)

One of the dogs became severely ill with a rare cancer that progressed quickly. He had to be put down on the same day they were doing construction at the house...

My Sailor left on a hunting trip with his family and shortly after the Impossible Girl became so sick I couldn't get her O2 levels above 90% when she was sleeping AND we couldn't get help from the ER or any physician because they were booked solid and overflowing with kids with the same issue. (Luckily her pediatric nurse is amazing and armed me with as much knowledge as possible as we played 'stay out of the hospital', barely dodging it)

Toss in a major holiday and it's incredible chaos.

Counting down to the upcoming trip has been like port in the storm.

As much as I LOVE to travel - it's not as simple as 'pack a bag and go' either. I've researched a BUNCH and I think I might be better prepared than last time we took a big trip. I think our tools are solid and at the ready. I think.

If you've followed the blog, you know that during our Spring Break family trip to Disney World, I was once again caught off guard by the levels that life is different for us. Not better or worse - just different. Our unwanted hitchhiker (better known as sensory processing disorder with some anxiety tossed in for spice) made it difficult to even go into buildings. At one point, I over estimated the power of our unwanted friend and it left The Impossible Girl in a panic attack so severe, I had to take her to the Baby Care Center and find a quiet, air conditioned room where she could safely see the hallucinations that were scaring her, and we could ride out the panic attack with her. It took nearly an hour and it was exhausting on all fronts.

But that doesn't mean we STOP traveling. In fact, I took The Impossible Girl to a hotel in Tacoma for a random overnight on a weekend in November. And it went well.

I was hoping to hit up a museum, but we ended up visiting a new-to-us Defy location, grabbing coffee and playing cards with a friend, and ordering some pizza. All of the 'new' is good for the senses, and the little snippets of travel help me understand how to best prepare for the next trip.

But traveling with Sensory Processing Disorder isn't simple, but it isn't something I hope to curb or even mildly avoid.  Thanks to our professionals - we can travel better. For example, I understand how to offer food in a way that isn't overwhelming - and teaching her own to special order things that she can enjoy helps normalize the whole process. I keep a noise cancelling headphones with us at all times and never once flinch at offering them or treating it as anything less than normal. Some kids tennis shoes. Some kids wear boots. Some kids wear sandals. Some kinds where head phones.

And, yes, I still pack her carrier along as well. I don't often need it these days. We almost never use it in everyday life (barring her recent illness, when she's too tired to go run an errand with me, etc).  She's getting braver with each trip we take to an unusual place, and that's a feat.

For The Impossible Girl - and millions like her with Sensory Processing Disorder - anxiety, terror, and high levels of excitment are hard to tell apart. Sometimes background noise and conversations don't instantly prioritize in the brain.

We've accumulated a lot of tools so far, but this one I felt was worth sharing. KultureCity is working with organizations around the country to educate them on Sensory Processing issues and arm them with goodie bags of tools to make places like sporting events, museums, and zoos more accessible. They arm them with FREE bags they can check out that have fidgets and weighted lap pads and head phones, etc. Throughout the locations they work with, there are signs with the KultureCity logo wearing a pair of headphones. It's a loving, discreet reminder that this location may be loud and donning the headphones could be helpful. Little things like that make traveling so much easier - and I wish it was more wide spread.

But managing that - at this age? That's what I'm here for. That's why she has parents. Not to be a crutch, but to help her recognize the feelings and strategize what her next step needs to be. Hopefully next time we make it to Disney World, she'll go inside buildings without a second thought - or maybe she'll have the second thought but work through it with a higher level of confidence.

So this time when we take a trip down to see my family, Disneyland is (shockingly) not on the menu. This time, it's La Brea Tar Pits (a 'must see' of hers for over a year since she saw a family go there on a youtube channel I watched), a different Great Wolf Lodge, a slew of different eateries (which will all have very different flavors than the rash of bland that our corner of the world suffers from), and different people. It'll be an awesome experience and I'm looking forward to seeing how she grows through it.

Taking trips with kids is hard under normal circumstances. It's basically parenting in the wild - which can get exhausting.

But the time will pass no matter where you spend it. Make the memories. Make the effort. 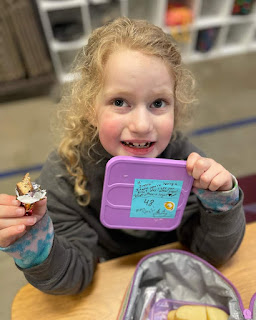 It's always worth it.

Even the expensive Disney World trip that went very little like we expected.  Lessons learned are part of grand adventures.