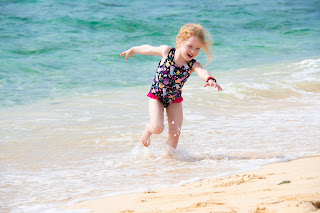 If you've followed my blog for any length of time (ye brave, ye few), you'll know a few things to be true.

You probably know... I am a wall flower in large groups of people, when I am not the host. I do my best work and socializing one on one. Bring me into a situation with over 5 people, and I'm likely to keep sipping at a beverage to avoid conversation.

You probably also know that ... my daughter doesn't like to talk to just anyone. She has her 'people'. She has always had her 'people'. What makes someone one of her 'people' is a complete mystery to me, but I've always respected it. As she's gotten older, her circle of chosen people has gotten bigger, but if you're not in it, you won't get more than a nod or a shake of the head. Maybe you'll get a 'yeah' or a 'no'. Maybe.

You also know that... The Impossible Girl also has a stuttering impediment and some speech fluency issues. She'll have a few lucky days where you'd never know but there are also days where every other word is a visible battle to get out. She answers questions with, "I don't know" when she can't find the words to answer them, or she'll get so tangled up that she gives up and starts crying.  While most kids stutter for a few weeks or months as they grow, this has been ongoing for years and isn't getting better. While speech therapy has significantly improved the fluency, at this stage it's very likely the stuttering will be a life long thing. At least, it's best to be prepared for that outcome.

You also know that... I spent significant time of my life doing theater, so speaking in public doesn't bother me. But to her - it's a really big deal, every single day. I ached to know how hard it can be for her. I can help her with it, but I can't fix it for her. And that sucks.

To ease the ache in my heart when I hear her struggling, I wanted to  needed to find a way to see things differently. Could this even have an upside? Can I see this as a super power?

We were shopping for a gift for a friend of hers when she mentioned that a classmate (we'll call her A) also had a birthday recently. The Impossible Girl wanted to get a gift for her classmate as well. In the interest of cultivating thoughtfulness, I told her that was a great idea. She picked out a unicorn hooded towel for her friend, and a Paw Patrol hooded towel for A.

It turned out that hooded towel was a hit with A.

Now, that may not seem like a big deal until you realize that A and The Impossible Girl knew OF each other at school, but their interactions were pretty limited. They knew of each other, but basically traveled in different social circles.

So how did The Impossible Girl know that a Paw Patrol towel would be a great gift for this girl  she barely interacted with?

I tested the theory out later that day. We roasted marshmellows over candle flames on the deck and I started the test-

Me: "Hey. Let's play a game. You close your eyes and I'm going to take something off the table. Then you have to tell me what I took off." On the table were a pair of bamboo skewers, 3 candles, 1 napkin, the lid to the 3 wicked candle, a bottle of water, and 2 small plates.

So we played. I'd take something off the table and she'd have to tell me what it was.

She was wrong once out of SIX rounds. ONCE! She got zero prompting from me.

She may stand back and watch, but she sees EVERYTHING.

I'm finding new ways to encourage that memory and cultivate her observational skills. So she may not speak the same way we expected, but she has a super power.