Today was a good day in the gym. I had a few clients. I worked with the Strongman team, and I hit a post pregnancy PR in my Jerk.

And I came away with it with a little revelation too. 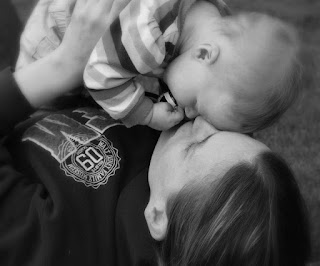 Now, if there is one thing I've learned along the way here, is that there are as many styles of parenting as there are people. For example, for every expert that swears by 'Cry It Out' (which in the baby wielding world is abbreviated as CIO - which is simplified by basically letting the kid cry until they figure out how to calm down) there are half a dozen that believe it's cruel and will give your kid issues into adulthood. Yet experts who backs CIO, feel that anything else will make kids into weak adults who are unable to soothe themselves. There are some shades of grey in between, of course, but that's just one example of contradictory methodology.

Me? I believe there are no actual manuals when it comes to relationships. There are lots of books and folks with great suggestions, but that's all they are. Wisdom gleaned from trial and error and other experiences.  Each metholody has its own value, but we all have our own hearts to follow, in the end.

Each relationship (Trainer/Athlete, Husband/Wife, Progeny/Parent, etc.) is as unique as a finger print. I prefer to think of each as a tiny piece of a yet-unexamined life.

That leads me to today's revelation.

The Impossible Girl is becoming a toddler. A very strong, 18 lb toddler. It's hard to believe she just turned 11 months on Monday.

When she does not want to be strapped into a seat, there is no form of distraction that will get her in there. Her will is iron clad, and her body is so flexible that she can become stiff as a board and remain that way for extended periods of time.

And that's exactly what happened on my way home from picking up lunch for My Sailor (who happened to be sick). She was NOT getting back in the car seat. I tried EVERYTHING. Diaper change, food, distraction... I pulled out every stop in the parent arsenal and she was not getting into that seat. Physically forcing her was probably well within my ability, but she was so adamant, I'm pretty sure it would have risked serious injury to continue to attempt to dominate her will.

So instead, I stopped trying.

I took a deep breath. Sure, people were looking. I'd been wrestling with a screaming toddler for the better part of 15-20 minutes in the middle of a parking lot. In the midst of my frustration, I realized that she needed something from me. And it wasn't more force.

"Maybe this isn't what you need right now. Let's go for a walk, shall we?"

As we strolled slowly up and down the aisles of a near by craft store, and explored the colors and textures of all the fake flowers and crafting fabrics, I realized something.

If I were to describe myself, one word I'd use would be powerful. Not just as a lifter, but when it comes to force of will, I'm nearly as stubborn as they come.

But day, she didn't need my power.

She didn't need me to 'out stubborn' her.

She needed my other super power.

She needed my patience.

I had a 2 hour gap between clients. Surprising My Sailor with lunch before dropping off The Impossible Girl with him and heading back to work was a sound idea.

This struggle had cut into my lunch plans significantly.

So much so, that I had about 30 minutes left when I got home and got to said lunch.

But when we got back to the car, there was very little struggle getting into the seat. Some minor distraction did the trick, and we were off.

Sure, my lunch break was cut short, but I it felt good to realize that, sure, some days, she will need that powerful female figure to help her out.

But more often than not, she's just going to need my patience.

And she can have it. 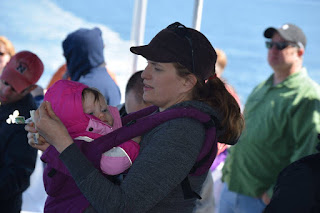