So it's my own personal new year today! I'm 34 years old. It's time for the annual birthday blog!

Birthdays always make me a little nostalgic, so I went through some photos looking for photos of past birthday parties.

All I could easily find were parties for other people's birthdays. See, those of us born in January kind of get the shaft when it comes to birthday parties. Most people are DONE with partying. They just stumbled through the holidays and the idea of setting aside time to doll up and hang out is just too much. People are just too exhausted - or down right broke - and they need a break.

Last year, I took myself out to lunch at a local mall. I know it doesn't sound specatular, but it was fun to browse around and enjoy some peaceful time. A few friends called to help pass the time. My Sailor was deployed, so that kept things nice and simple.

This year, we're (hopefully, if he gets off work at a decent hour) heading to that same mall to, once again browse (they have a Disney store-which is unreasonably exciting), have some hot pot dinner, and cap off the evening with drinks at the Cheesecake Factory before heading home.

Birthdays are weird for me. I guess they are for most adoptees, though as an adult, they lack the bitter sweet sting they had as a child. I still love birthdays, don't get me wrong. I feel like they SHOULD be celebrated in a big way. I mean, the world celebrates New Years, and what is more literal than a birthday to mark a personal 'new year', right?

In being a a bit nostalgic right now, and missing some friends to party with, I decided to go through a few old photos this morning... and there is already no doubt that I'm starting 2014 out on an healthier note than ever before. 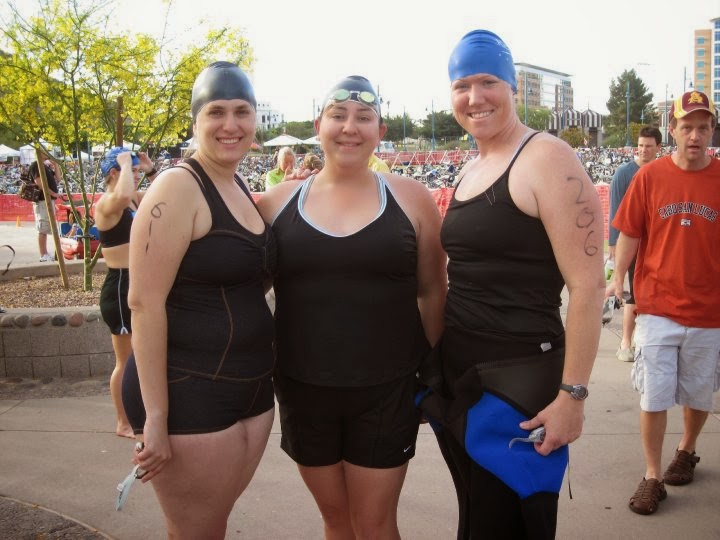 In this photo, I was getting ready to compete in my last traithlon. I'm 611 - the girl on the far left. 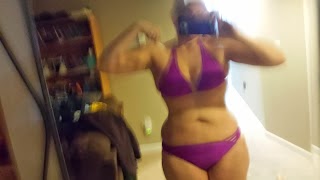 Now, I know 'results may vary' and not everyone is built the same, but I'm certainly not built like that anymore.
Now, I eat. Breakfast was Plain full fat Goat Greek Yogurt, honey, berries, a banana, coconut water, and hot tea. Lunch will most likely be a breakfast reboot (scrambled eggs, bacon, veggies).
Now, I also don't have that tumor, but I have other health challenges (severe Endometriosis has been added to the list) which make the belly bloat still a battle.
Now, more of it is earned than 'bought'.
Certainly off to a great start!  It bodes well for the rest of my 34th year!